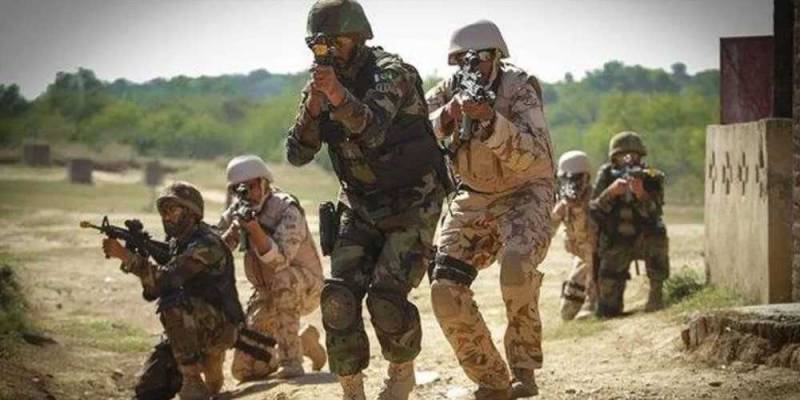 QUETTA – At least nine terrorists have been killed in an exchange of fire with security forces in Qaboo area of Mastung district, the Radio Pakistan reported on Thursday.

According to sources of Counter Terrorism Department, four security forces personnel were also injured in the operation who were admitted to CMH and FC Hospital Quetta for treatment where they are reportedly in a stable condition.

A huge cache of arms and ammunition was also recovered from the dens of terrorists.

The bodies of the militants have been shifted to Civil hospital Quetta for identification.

Security forces and Counter Terrorism Department (CTD) have completed the operation in the area.

The identities of the killed militants have not been revealed yet.

Operations against insurgents have been intensified in Balochistan in the wake of the recent surge of terrorist activities in the country.

QUETTA - Five people lost their lives in a terror attack on Pearl Continental in Gwadar on Saturday, the  ...

The army on Sunday afternoon announced that security forces had completed the night-long operation at the hotel, killed three terrorists and retained their bodies for identification.

The Inter Services Public Relations (ISPR), in a press release, also provided a blow-by-blow of the attack and the ensuing operation, saying that three terrorists had entered the hotel with the intent of targeting hotel guests or taking them hostage.