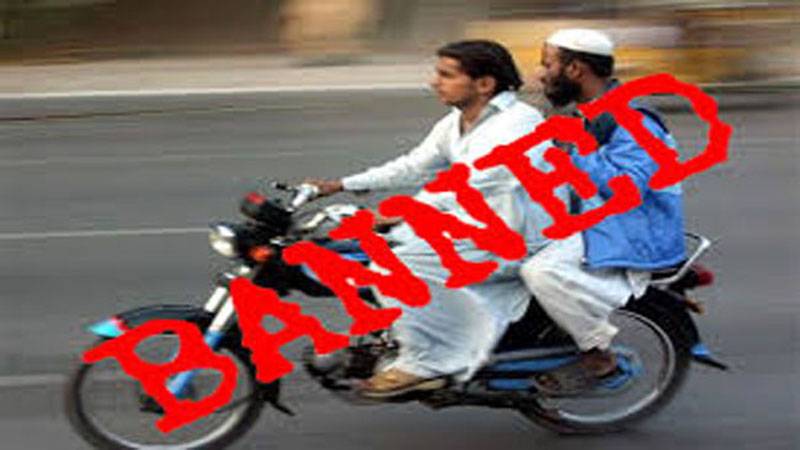 KARACHI - The Sindh Home Department has imposed a ban on pillion riding for 10 days on account of Rabiul Awwal.

The ban will be in effect from 1st Rabiul Awwal till 20th according to a notification issued by the provincial government.

The ban has been imposed under Section 144 of the Criminal Procedure Code (CrPC), under which the “use of loudspeakers, pillion riding, carrying or possessing or playing of provocative audio, video cassettes and material containing provocative speeches and inciting sectarian hatred and the assembly of five or more persons except for Chup Tazia Juloos and rallies and gatherings to be held in connection with Eid Miladun Nabi.” 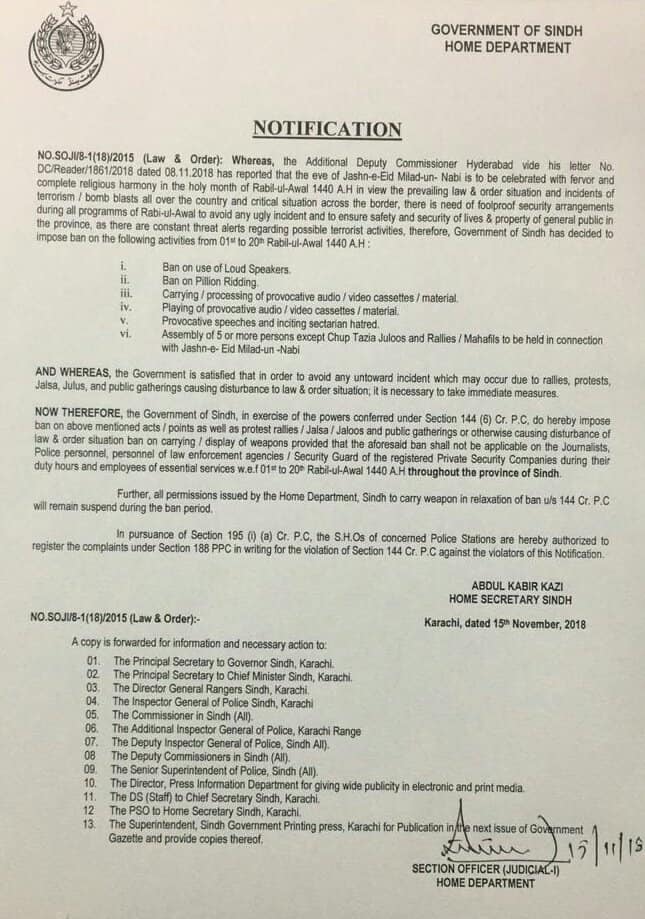 “The ban will remain in effect until 20th Rabiul Awwal 1440 AH [November 29],” the notification stated.

The notification said that strict action will be taken those who fail to comply.