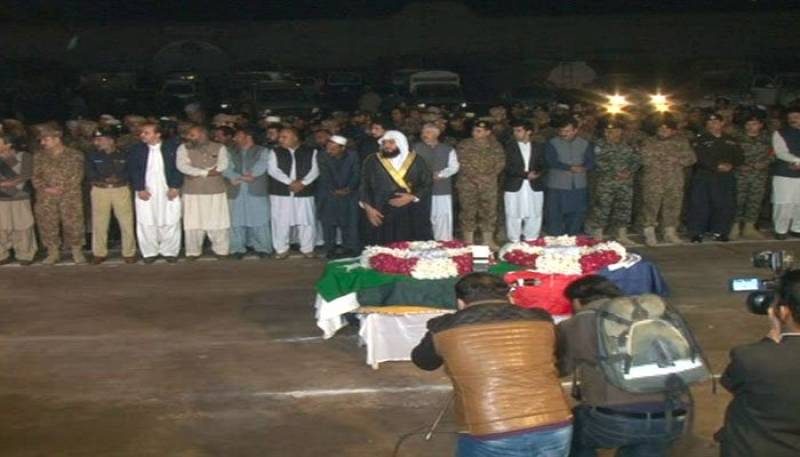 PESHAWAR - Martyred Superintendent Police (SP) Tahir Khan Dawar was laid to rest in Peshawar late Thursday after his body handed over to Pakistan by the Afghan government.

Police personnel offered guard of honour to the coffin of the martyred police office before the funeral prayers. 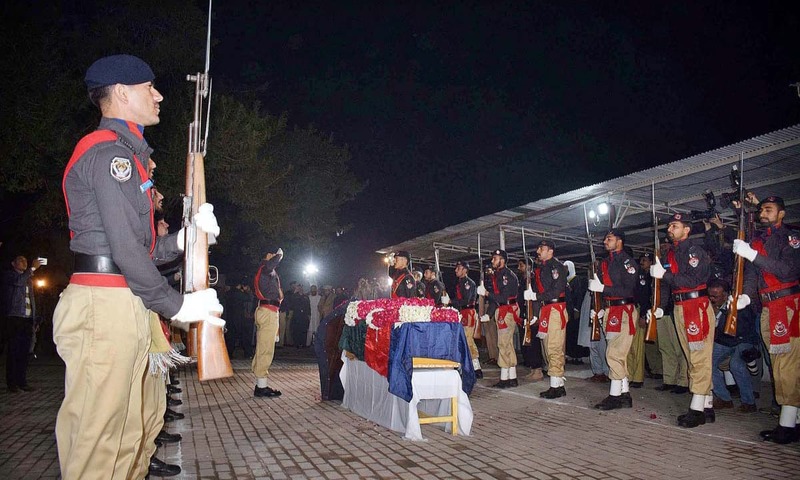 Dawar was buried in the city's Hayatabad graveyard.

The dead body of the martyred Superintendent Police was handed over to a Pakistani delegation on Pakistan-Afghan Border at Tourkham on Thursday evening.

Minister of State for Interior Shahryar Khan Afridi and Khyber Pakhtunkhwa Minister for Information Shaukat Yousafzai were present at Torkham to receive the dead body of Tahir Dawar.

Mohsin Dawar and other people were also present on the occasion. Slain SP’s dead body is being brought to Peshawar by helicopter.

Tahir Khan Dawar was kidnapped by some unknown persons in Islamabad on 26th of last month.

His dead body was recovered in Nangarhar province of Afghanistan the day before yesterday.

Meanwhile in a statement tonight, the Foreign Office spokesperson said the sad episode of retrieval of the body of SP Tahir Khan Drawar, following his brutal murder in Afghanistan two days ago, ended as an official delegation brought it back today.

The spokesman added that after the news of Tahir Drawar’s death broke out on the evening of 13 November 2018, the Ministry of Foreign Affairs and the Embassy of Pakistan in Kabul immediately contacted Afghan authorities for confirmation of the news and handing over of the body of the deceased to Pakistan.

The Inter-Services Public Relations (ISPR), the media wing of the military has condemned the brutal murder of SP Tahir Dawar in Afghanistan.

In a series of tweet on Thursday, the Director General ISPR Major General Asif Ghafoor said: “Brutal murder of SP Tahir Khan Dawar in Afghanistan is highly condemnable. We have lost a brave police officer. His abduction, move to Afghanistan, murder and follow up behavior of Afghan authorities raise questions which indicate involvement or resources more than a terrorist organisation in Afghanistan.”

The director general further said: “While investigations by Pakistani authorities are in the process, we reiterate that Afghan security forces to cooperate in border fencing and bilateral border security coordination to deny use of Afghan territory against Pakistan.”