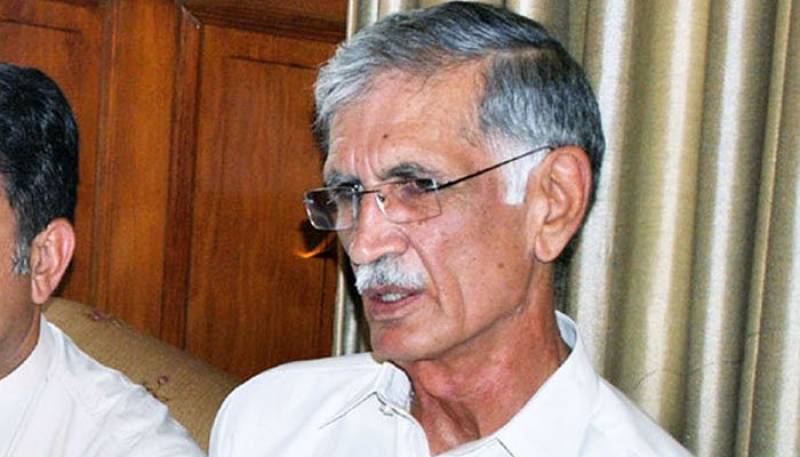 ISLAMABAD - The Pakistan Tehreek-i-Insaf government on Wednesday finally decided to form a committee for a political solution of the "Azadi" protest march of Jamiat-e-Ulema Islam (JUI-F) and opposition parties.

The decision was made during a meeting presided over by Prime Minister Imran Khan. The premier, who was earlier not in favour of talks with JUI-F's chief Maulana Fazal ur Rehman, is of the view that there is no hesitation to hold negotiations for a political settlement of the issue, local media reported.

Defence Minister Pervez Khattak has reportedly been assigned task to form a committee and select members for it.

The members of the committee, which will be headed by Khattak, is likely to be announced tonight.

On the other hand, Rehman sees no possibility of talks with the government. He said, "We have no information about any committee and no one has approached us for talks. He added that negotiations can only be held after the resignation of the prime minister.

The protest march, which is also dubbed by the JUI-F chief as Azadi March, would be started with the support of key opposition parties - Pakistan Muslim League-Nawaz and Pakistan Peoples Party - on October 27 from Sukkur.