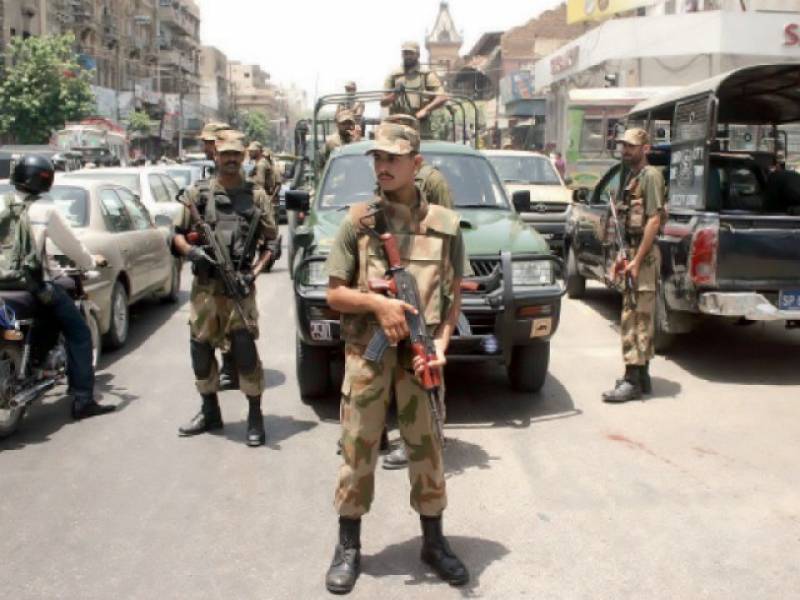 KARACHI (Online) - At least five terrorists affiliated with a banned outfit have been killed in a joint operation conducted by Rangers and police in the Mangho Pir area of Karachi.

On a tip-off, law enforcers conducted a raid at a house and an encounter ensued, which resulted in the death of five terrorists. The crossfire also resulted in injuries to an ASI of the police and a Rangers personnel.

Both the injured were shifted to hospital for treatment. The slain terrorists were sent to a morgue for medico-legal formalities.