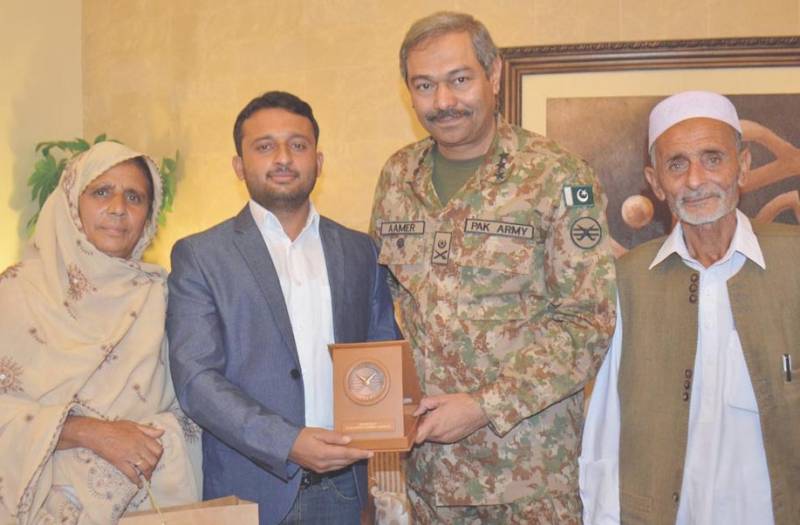 General Aamir Riaz congratulated the young Pakistani scientist and his parents for upholding the name of Pakistan on international level through his research in Gravitational waves.

“Youngster like you is pride and assets of Pakistan and we are prodding on you,” General Aamir Riaz told him while kissing on his forehead.

Iman Khan who belongs to Quetta came to the headquarters of Southern Command accompanied by his father and mother.

Mr Khan is the son of Ajab Gul, a retired Hawaldar of Punjab Regiment. Like every mother, Imran's mother helped him reach the pinnacle of his career.