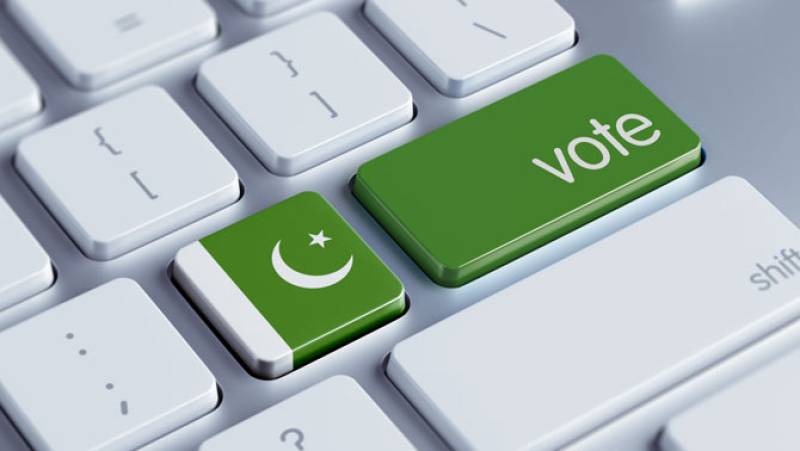 ISLAMABAD - In a historic development, the Supreme Court allowed on Friday overseas Pakistanis for the first time to use their right to vote in coming by-elections, fulfilling the key demand of the expats.

A three-member bench headed by Chief Justice of Pakistan Mian Saqib Nisar issued the ruling while hearing a set of petitions filed by Pakistan Tehreek-e-Insaf (PTI) chief Imran Khan and some overseas Pakistanis.

The petitioners had pleaded that the denial of right to participate in the democratic process by the overseas Pakistanis would mean refusal by the government to carry out its constitutional obligation.

The chief justice has ordered the Election Commission of Pakistan to make arrangements with the association of the NADRA to facilitate the overseas citizens to cast their vote through internet.

"Many congratulations to overseas Pakistanis today," said CJP Nisar, saying that it would be the first time expat citizens will be casting their votes in local election.

If the pilot project of voting in the by-polls ends successfully, the court would allow the overseas Pakistan to use their right to vote in genral elections.

"If any conflict erupts during the by-polls due to the internet voting then separate the results of i-voting," the top judge ruled, adding that the results, later, be presented in the parliament.

Earlier this week, the Election Commission of Pakistan (ECP) also announced that overseas Pakistanis would be able to take part in voting through the internet in the by-polls.

ISLAMABAD - The Election Commission of Pakistan (ECP) has said that overseas Pakistanis would be able to take part in ...

The electoral body released its Internet Voting Task Force (IVTF) report on the voting right of the Pakistanis who work in foreign countries.

A final decision to adopt the i-voting system would be taken after conducting several tests, which are crucial to detect the loopholes in the system, it said.

The IVTF has been developed following the orders of the Supreme Court, the ECP said, adding that officials of NADRA, ECP's Law and IT wings will be part of the task force.

By-elections on 11 general seats of the National Assembly, out of which nine have been vacated by those who won more than 1 seats, will be held within the next two months.