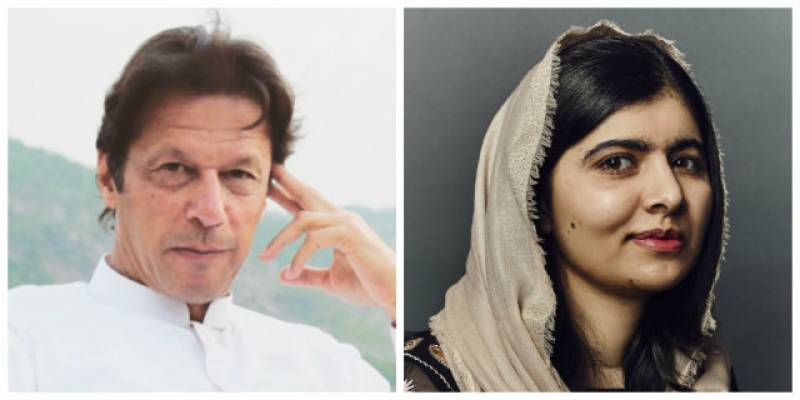 “I am encouraged and hopeful by his wish to ensure peace and prosperity in Pakistan and his focus on education for the children of Pakistan,” the 21-year-old said in a statement on Twitter.

Congratulations to the new Prime Minister of Pakistan, @ImranKhanPTI ?? pic.twitter.com/CewbVMKSv4

With PTI’s focus on education in its first 100 days plan, Malala said she looks forward to PM Imran Khan working with federal, provincial and legislative governments and civil society of Pakistan in his effort to get the 13 million out-of-school Pakistani girls into classrooms to get free, safe and quality education.

Yousafzai, also known as Gul Makai in her native Swat village, was shot and wounded by the Pakistani Taliban in 2012 for promoting girls' education. She is currently studying at Oxford College, London.

“My hope is that Pakistan will someday be known as a global leader in education, a country where all children receive the schooling they need to pursue their dreams and contribute to their nation. I believe this can begin with this government and I hope to work with Prime Minister Imran Khan toward this noble goal,” she added.

PTI chief Imran Khan was elected as the 22nd Prime Minister of Pakistan on Friday after lawmakers of the Lower House of the Parliament voted in favour of him.

Khan secured 176 votes in the elections for the top slot of the country against Pakistan Muslim League-Nawaz (PML-N) President, Shehbaz Sharif who managed to clinch 96 votes.