ISLAMABAD - Prime Minister Imran Khan Saturday said his government’s vision was based upon the basic humanitarian principles of lifting the conditions of the downtrodden and weaker segments of society.

Addressing the launching ceremony of Sehat Sahulat programme for the disabled, he said the human society had roots in the compassion and consideration for the downtrodden.

The prime minister said they wanted to introduce a centralized and data based programme in Pakistan in collaboration with all the institutions, involved in financial support of the poor and deprived classes, and cited launch of the Sahulat Card and the Ehsas programme aimed at improving the economic conditions of the poor.

He said every nation had a vision and Pakistan was the only country to have been created in the name of Islam but unfortunately ”we have gone far from our goal for which this country was created.”

The vision for Pakistan's creation was to make it an Islamic welfare state on the principles of the State of Madina, he added.

He said the State of Madina was a modern state as its foundation was laid on the basis of humanity and justice. “Our Prophet Hazrat Muhammad (Peace Be Upon Him) is a role model for us and if we follow his Sunnah and teachings we will be successful." 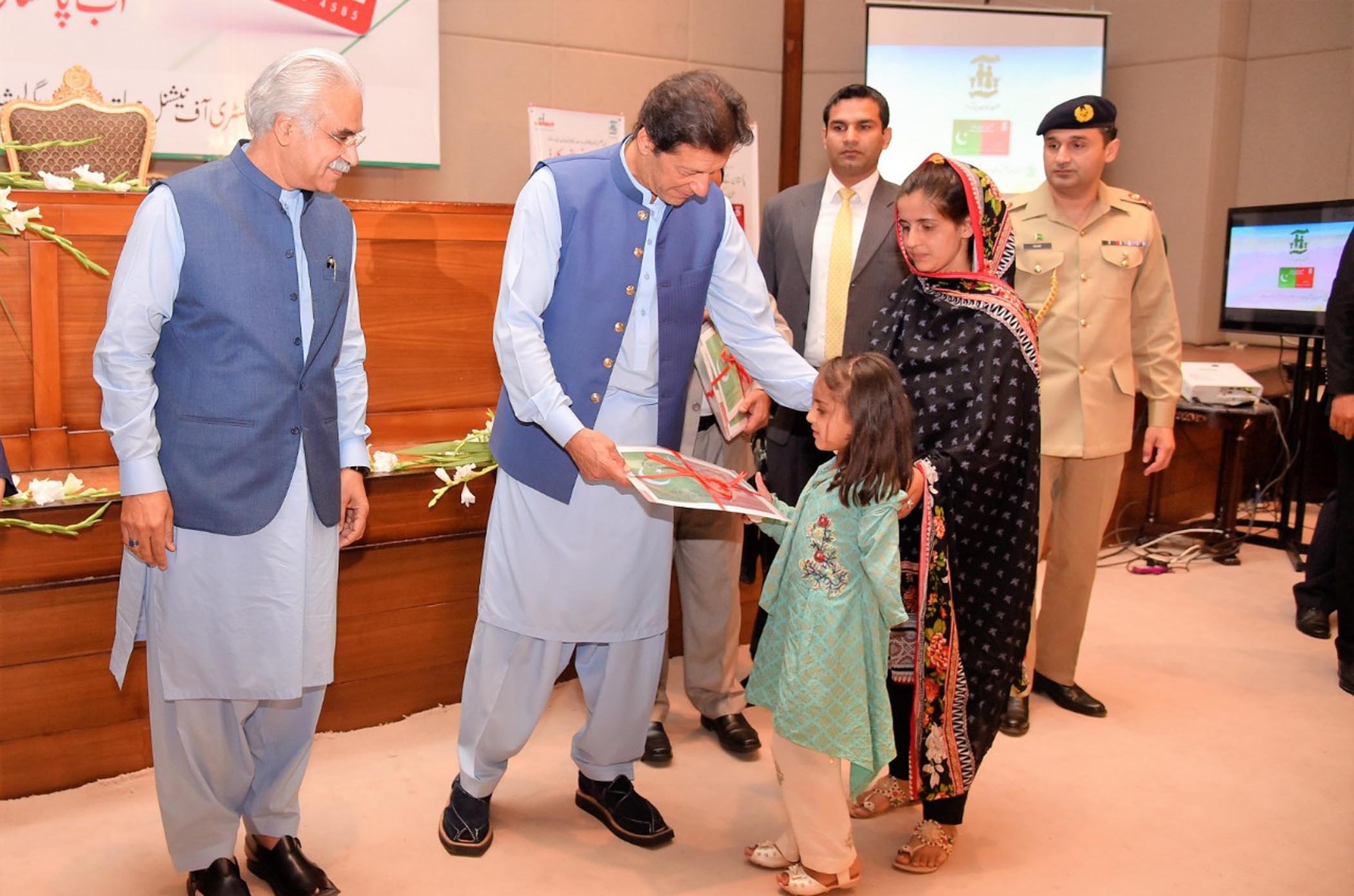 The Muslims ruled the world for one thousand years following the principles of the State of Madina, he added

The prime minister said the launch of Sehat Sahulat Programme for the Disabled was a step towards formation of a welfare state.

Appreciating the performances of Dr Zafar Mirza and Dr Sania Nishtar in their respective fields, Imran Khan said it had been decided that from now onward every ministry would present a report about their work or performance before commencement of the cabinet meeting every week which could improve life of common man and providing facilities to them.

He said bringing changes in health system and making it easy for the common man was their mission. Despite all financial constraints, the government had allocated Rs 200 billion in the budget for social safety and poverty alleviation programme, which spoke volumes about its commitment for the health sector, he added.

He said the government's mission was provision of universal health coverage and it was that vision which gave the idea of launch of Sehat Sahulat Programme for the Disabled.

She said 3.8 million people would be provided job opportunities while 10 million would be issued Insaf Cards. Similarly, 500,000 students would be given scholarships while six million women would be given stipends under the ‘Kifalat Programme’, she added.

Dr Sania Nishtar said a policy was being formulated for orphanage centers and a framework was being devised for engagement of social institutions in the private sector. The expert group had finished its work for protection of the people working in informal sector and its details would be issued very soon, she added.

She said a one-window operation for growth of children would be launched by December next.