Nawaz, Maryam land in Lahore; expected to appear before court on Tuesday 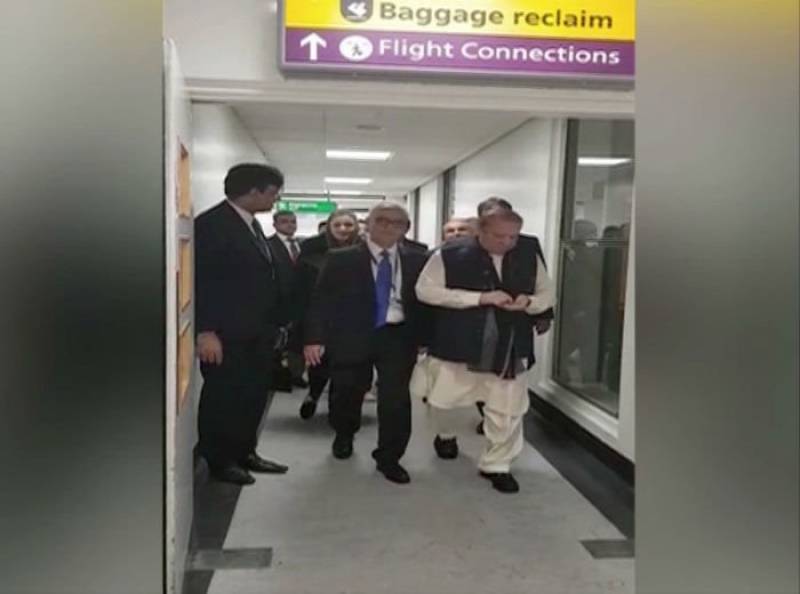 LAHORE - Former prime minister Nawaz Sharif and his daughter Maryam Nawaz reached Lahore on Sunday morning after spending a few days with his ailing wife who is under treatment at a cancer hospital in London.

Talking to media in London, Nawaz said that Imran Khan was judged under a different standard than him. This will not be allowed to continue as a countrywide movement would be launched against this decision.

Former premier added that two scales of justice for the same law would not be accepted, adding the decision speaks for itself.

He said that a PM had been ousted for possessing Iqama (work permit) while a person (Imran Khan) was let off even when he admitted to concealing his offshore firm.

They are not considering a business involving millions of pounds as an asset but declared my imaginary salary as an asset, Nawaz said. Our each and every word uttered following the July 28 verdict was becoming reality.

The former premier vowed to do everything for the supremacy of law and Constitution. My struggle is for the rule of law in the country.

An anti-corruption court hearing graft cases against the Shraif family has granted him exemption from appearance for a week. Next hearing is on Dec 19.