Pak, Afghanistan vow to restrict use of soil against each other 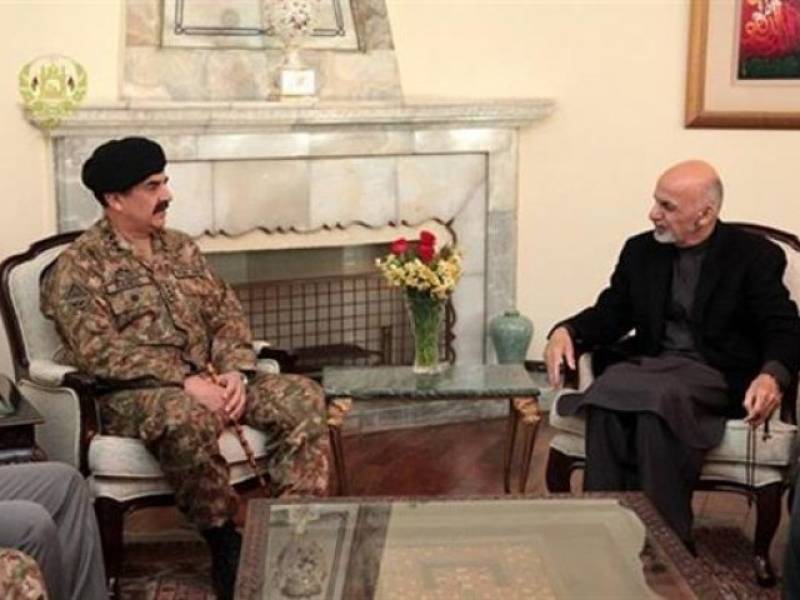 According to Inter-Services Public Relations, the army chief made this remark during his important meetings with the Afghan president as well as CEO Dr Abdullah in Kabul.

Both Ghani and Raheel Sharif pledged support to each other in their fight against terrorism and vowed to restrict the use of their soil against each other. The two countries also agreed to continue the ongoing operation against militants in their respective countries.

During their stay in Kabul, the army chief and DG ISI met the Afghan civil and political leadership, a statement issued by ISPR said.

In his official twitter feed, Major General Asim Bajwa said General Raheel Sharif and Afghanistan President Ashraf Ghani discussed the bilateral ties and agreed on a mutual intelligence sharing to effectively peruse the ongoing operations across the border to curtail militancy in the region.

President Ghani appreciated the role of Pakistan Army for the eradication of terrorism from the tribal belt along with the Afghanistan border.

COAS Raheel Sharif reaffirmed his mission statement to fight till the last terrorist is dead. “Any attack on Afghanistan is an attack on Pakistan,” he declared.