Complete shutdown in IoK against mob attacks on Kashmiris in Jammu, India 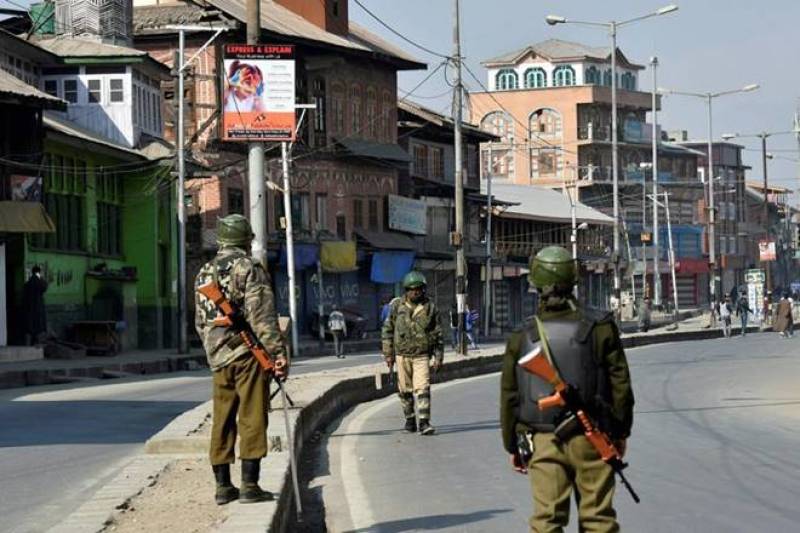 SRINAGAR – A complete shutdown is being observed in all district headquarters including Srinagar in Indian occupied Kashmir today to mark protests against attacks by Hindu mobs on Muslims in the valley.

According to Kashmir Media Service, the call for the strike was given by trade bodies such as the Kashmir Traders and Manufacturers Forum and Kashmir Economic Alliance.

Owing to the shutdown, all shops and business establishments are closed and public transport is off the roads.

The Indian authorities have suspended mobile Internet service in most parts of the territory and strict restrictions have been imposed to prevent any protests.

Strict restrictions have been imposed in Srinagar and other parts of the valley to prevent any protests.

Following the Pulwama attack, Kashmiris have been targeted in IoK by Indian security forces and Hindu extremists.

The Pulwama suicide attack, which left 44 Indian soldiers dead on Thursday, has provoked ultra-nationalists in the country to ramp up pressure against Muslims.

In Indian occupied valley of Jammu, dozens of vehicles and shops, belonging to Muslims in the area have been set on fire by extremist Hindu mobs.

Kashmiri students inside the Indian held valley and across were subjected to torture while the Kashmiri business community, in Indian states, is under severe strain.

Pakistan has also strongly condemned the continuing attacks on Kashmiris in the aftermath of the Pulwama attack including Kashmiri students being systemically targeted in India as the state authorities stay complicit and inactive.