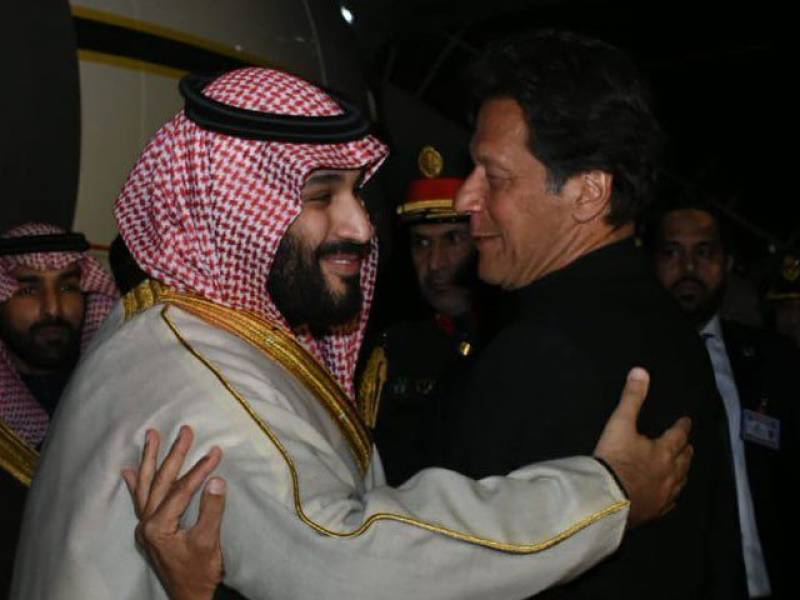 The Crown Prince, accompanied by a high-powered delegation including members of the Saudi Royal family, key ministers and leading businessmen, was given a 21-gun salute as he alighted from his aeroplane at the Airbase.

A formation of Pakistan Air Force (PAF) F-16 and JF-17 Thunder aircraft escorted the plane of Saudi Crown Prince as it entered the Pakistani airspace.

During his two-day stay, Prince Mohammed bin Salman will call on President Dr Arif Alvi and also meet the Prime Minister and the Chief of Army Staff.

The Saudi Crown Prince, who also holds portfolios of Deputy Prime Minister and Minister of Defence, would have discussions with the leadership of Pakistan to further cement the brotherly ties between the two countries, besides deliberating upon a wide range of issues of mutual interests.

The historic arrival of His Highness, the Crown Prince of the Kingdom of Saudi Arabia, Mohammed Bin Salman to Pakistan and welcome by the Prime Minister of Pakistan @ImranKhanPTI and other dignitaries. #CrownPrinceinPakistan pic.twitter.com/IfAvCRCfsx 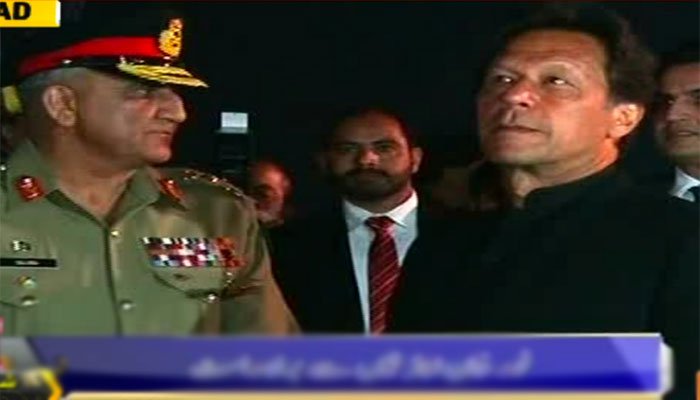 The Saudi guests were provided three-layer box security from the military airbase to the PM House.

Triple-one brigade of the country’s armed forces and Saudi Royal Guards jointly performed the security duties on the occasion.

This is Prince Mohammad’s first state visit to Pakistan since becoming the heir to the throne in 2017. 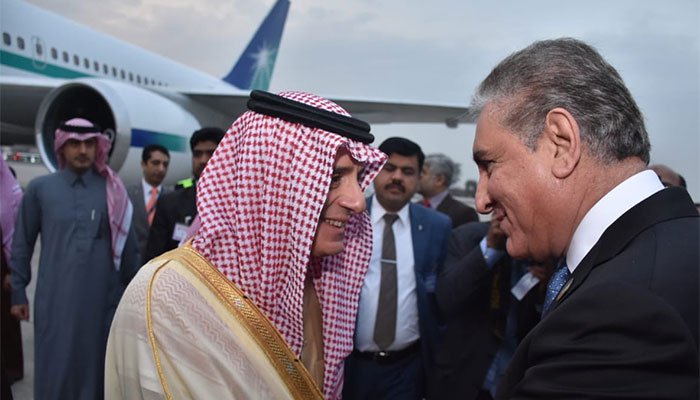 The 19-member Saudi delegation, which came to Pakistan on two special aircraft, was welcomed by Foreign Minister Shah Mehmood Qureshi. The delegation was taken to Islamabad amid tight security.

Security has been put on high alert in the federal capital, with 111 brigades taking over the responsibility of security at Nur Khan airbase.

The Saudi crown prince is likely to reach Islamabad at 7pm on Sunday.

The Saudi Crown Prince will be accorded rousing and warm welcome on his arrival in Pakistan. Prime Minister Imran Khan and his Cabinet will receive the Saudi Crown prince and his high-powered delegation at Nur Khan Airbase.

Prime Minister Imran Khan will himself drive him to the PM House where the Saudi crown prince will stay.

Posters carrying pictures of the Saudi crown prince have been placed across the roads of capital.

A formation of JF-17 Thunder fighter jets will escort the jet of the Crown Prince when it will enter the airspace of Pakistan. The Saudi Crown Prince will be given a 21-gun salute on his arrival.