PK-661 crew may have been poisoned, investigators decide to exhume bodies 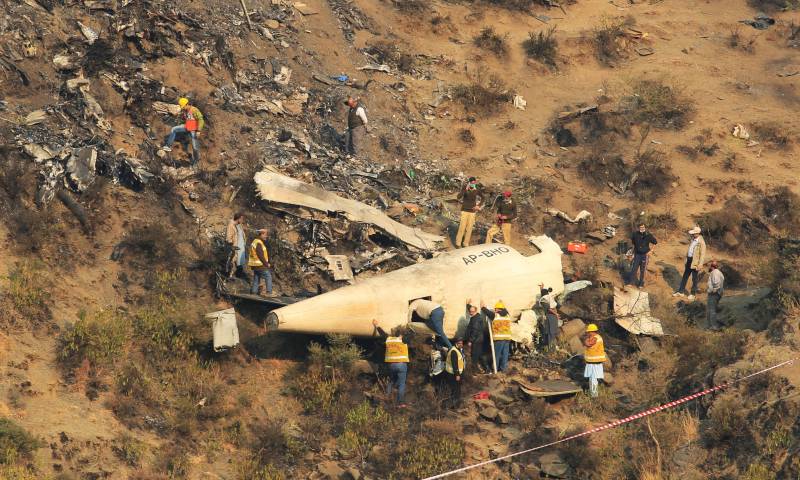 ISLAMABAD - Bodies of the crew on board PIA flight PK-661, which crashed in Havelian on Dec 7, may be exhumed to determine if any of them was poisoned or took drugs, it has been learnt.

According to reports, the district health officer Dr Najeeb Durrani submitted a letter to Pims, suggesting that the graves of the deceased should be dug up in line with the requirements of the investigation board.

The letter also details the procedure for the exhumation of bodies and suggests that directions were given by the senior joint director medical, Civil Aviation Authority at the Benazir Bhutto International Airport through the deputy commissioner.

Talking to Dawn News, Dr Durrani said sending the letter was part of the SOP (standard operating procedures) and was routine in all air crash investigations.

On the other hand, Pims Administrator Dr Altaf Hussein confirmed receiving the letter on Monday and maintained that the hospital administration already collected samples from the crew members which can be used to test for drugs.

"This will be done after orders are received from the deputy commissioner as orders of exhuming a body can only be given by him," he said.

All the passengers on board PK-661 were killed when it crashed, including 31 men, nine women, two infants and five crew members.

Televangelist Junaid Jamshed along with his wife Nayha was also on board the ill-fated flight as he was returning from Chitral.

CAA Secretary Irfan Elahi stated that both engines of the plane were working at “100%” when the jet took off from Chitral, adding that one of the engines was running when the passenger jet crashed.

According to the black box data, no action was taken to land the plane before the crash, he added.

Elahi said investigations are still underway to find out why the plane crashed despite one of its engines still working.

The secretary said that the pilot of the flight made a first call to the control room at 4:12pm, and seemed to be “calm” when he made the call.

But, the pilot issued a May Day call only two minutes later, at 4:14pm stating that one of the engines was not running. The last communication with the pilot was recorded at 4:17pm.

After lapse of 10 to 15 minutes, it was reported that plane had crashed near Abbottabad.