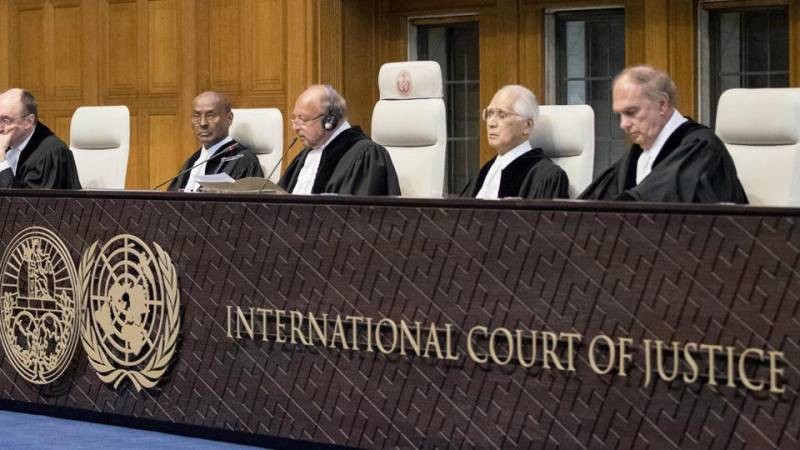 ISLAMABAD - Pakistan has submitted its reply in the International Court of Justice (ICJ) in a case pertaining to convicted Indian spy Kulbhushan Jadhav.

The reply was submitted by Foreign Office Director India, Dr. Fareha Bugti. This was the first reply by Pakistan in counter-pleading, and overall the second in the case so far.

Pakistan, in its rejoinder, gave detailed answers to India's submissions to ICJ and responded to Indian objections.

The 400-page reply — a rejoinder to India's last reply — had been prepared by a team of experts led by the attorney general.

On April 17 this year, India had submitted its reply to the ICJ after the world court, on January 23, directed India to do so.

THE HAGUE - The international Court of Justice (ICJ) stayed the execution of RAW agent Kulbhushan Jadhav and ordered ...

Following Jadhav's arrest and death sentencing by Pakistan in 2016, India had approached the world court to halt his execution.

Dr. Bugti had also submitted Pakistan’s counter-pleading in December last year when  India had gone to the ICJ to halt the execution of Jadhav.

ISLAMABAD - The Pakistan Foreign Office said on Friday that it had received the memorial (written pleadings) filed by ...

On May 18, 2017, the ICJ ordered Pakistan to halt the execution of Jadhav until a final decision was made in the proceedings.

"Pakistan shall take all measures at its disposal to ensure that Jadhav is not executed pending the final decision in these proceedings," ordered Judge Ronny Abraham, president of the court, as he announced the decision.

Pakistan’s neighbor had submitted its pleadings to the ICJ on September 13, 2017. The Indian stance was dismissed by Pakistan in its counter-pleadings, which were submitted on December 13 that year.

The reply also stated that Jadhav, who was a serving officer of the Indian navy, does not fall under the purview of the Vienna Convention.