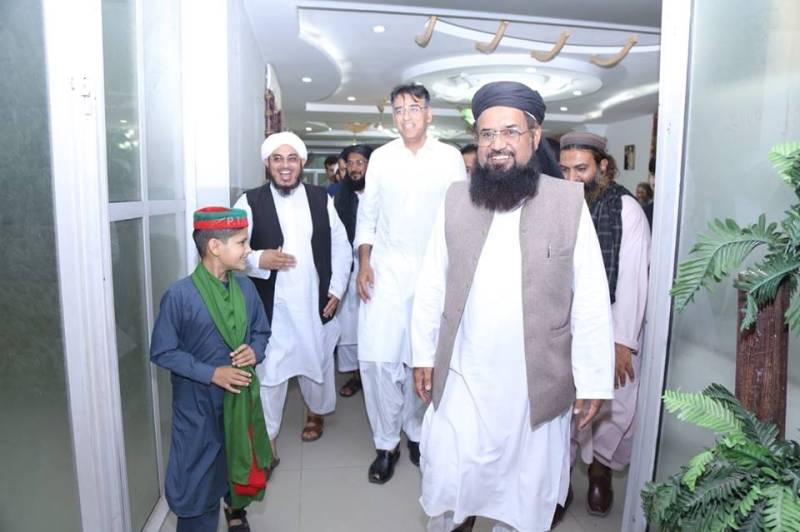 ISLAMABAD - The founder of banned Harkat-ul Mujahideen, a banned outfit in Pakistan, Maulana Fazlur Rehman Khalil has announced to support Pakistan Tehreeke-e-Insaf (PTI) in the upcoming general elections in the South Asian country.

Asad Umar, the PTI aspirant for Islamabad’s NA-54, took to Facebook to share the news of the current leader of Ansar-ul-Umma and numerous of his allies and clerics pledging their support for Imran Khan’s party.

“Maulana Fazlur Rehman Khalil along with his several companions and scholars has announced his support for Pakistan Tehreek-e-Insaf,” read the statement.

The social media post also conveyed Khalil’s intentions to “stay committed in ensuring that Pakistan takes the necessary steps required to turn the country into a true Islamic democratic state.”

Khalil was placed by the US government on Specially Designated Global Terrorists (SDGT) list on September 30, 2014, for his alleged role in Harkatul Mujahideen (HuM) militant organisation, which he reportedly founded in the past. He later founded and is still heading Ansarul Ummah, which he says is a political party. Both HuM and Ansarul Ummah are on the SDGT list.