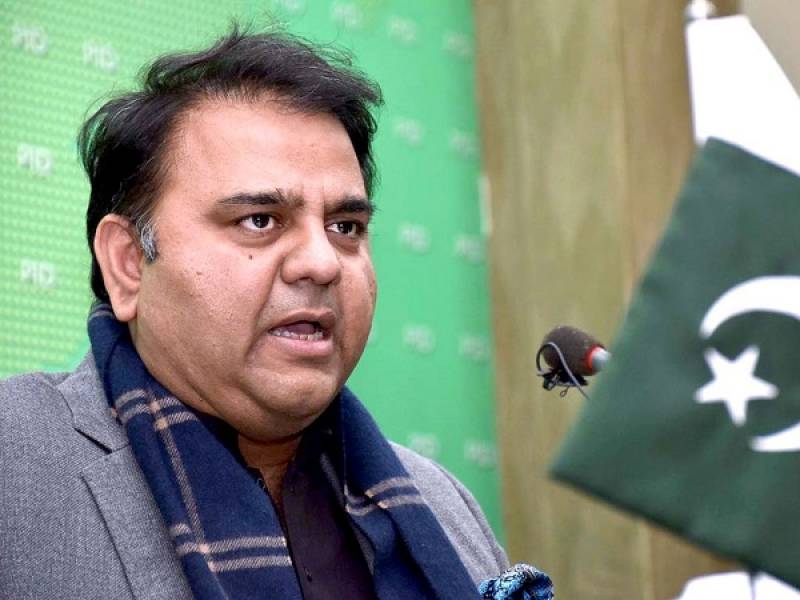 LAHORE - A sessions court in Lahore issued a notice to anchorperson Sami Abraham on Wednesday  regarding a defamation suit filed by Minister for Science and Technology Fawad Chaudhry.

Chaudhry had filed a defamation suit against the journalist earlier this month for making "false allegations" against him without any legal justification in order to 'defame and blackmail' him.

"Series of continuous defamatory allegations were made by accused as [a] TV anchor and on social media," stated the suit filed by the politician on which Additional Sessions Judge Amjad Ali Shah issued a notice to the journalist and summoned a reply on July 19.

The minister had cited Abraham as alleging that the minister was working in collusion with India's spy agency Research and Analysis Wing (RAW) and the US Central Intelligence Agency (CIA) against the interests of Pakistan and "a conspiracy has been hatched to dismantle [the prime minister] PM of Pakistan and the Government."

"It is a very serious allegation against a sitting federal minister and it not only caused an immense loss to the reputation and political credibility of [the] complainant but it also threatened the national security of Pakistan," Chaudhry's petition read.

The lawmaker stated that allegation that a sitting federal minister is spying for foreign agencies is of a very serious nature which caused a stir in the public and has caused insecurity and distrust among the public at large about the security and well-being of Pakistan, Dawn News reported.

According to the minister, the anchorperson had also attempted to extort money from Chaudhry after putting him in 'fear of injury to his reputation and political stature'.

In his petition, Chaudhry called for Abraham to be summoned and punished in accordance with the law.

The rift between Chaudhry and Abraham started after a verbal duel on social media in June, however, the journalist claimed that he was slapped by Chaudhery at a wedding in Faisalabad in front of fellows later in the month; journalist Rauf Klasra had also confirmed the incident.

Following this, the Ministry of Science and Technology issued a response to the allegations and said that the "incident" should not be treated as a "clash between two institutions but as a conflict between two individuals".

Prime Minister Imran Khan had also taken the notice of the altercation and had made a telephone call to Sami Abraham.