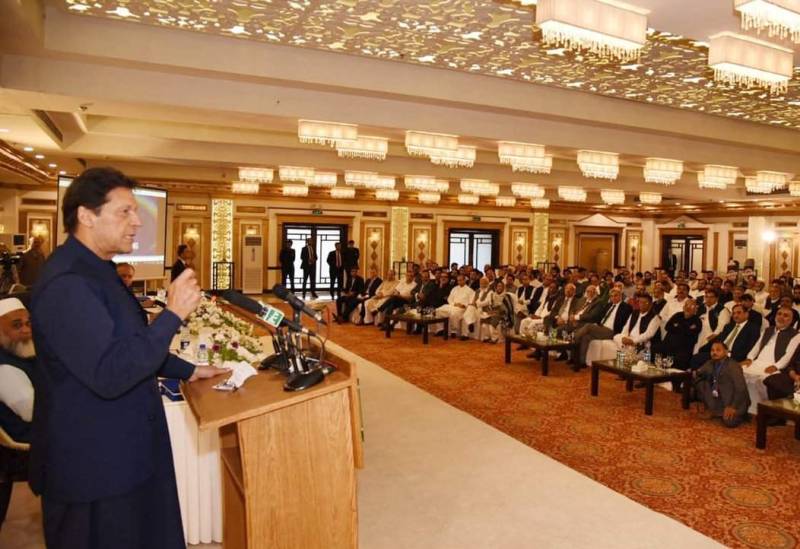 ISLAMABAD - Prime Minister Imran Khan Wednesday stressed upon traders, businessmen and industrialists to come forward and work with the government in cohesion for collection of taxes which were a prerequisite for running the country's financial matters.

Addressing an award distribution ceremony of the Gujranwala Chamber of Commerce, the prime minister invited the traders’ community and industrialists to work as a team with the government, expressing the confidence that with collective efforts, they would overcome the current difficult phase of economy.

He regretted that the country was burdened with whopping debts of Rs 30,000 billion in the last decade by the previous rulers and half of collected taxes went for payment of those loans and interest.

The prime minister said the country could no longer function under such conditions and the mindset. About 70 per cent of the total tax collected was being paid by 300 companies alone whereas the ratio of paying taxes in the service and agriculture sectors was dismal.

“We have to change the mindset as the country can no longer run on the old patterns. It is indispensable to broaden the tax net,” he said, adding that in the past, the people did not trust the Federal Board of Revenue (FBR) due to their bitter experience.

In 2013, the prime minister said, the then minister had admitted huge corruption in the FBR but now it was being reformed.

About resistance showed by certain groups of traders over tax measures, Imran Khan declared that he would not bow to the pressure and such tactics, and budge from the steps as it would amount to disloyalty with the country.

He observed that the country did not have financial resources whereas on the other hand, the people were demanding establishment of schools, universities and hospitals. It could only be possible when there were enough resources with the government, he added and referred to the tax collection measures in that regard.