Everest changed direction by an inch due to Nepal earthquake 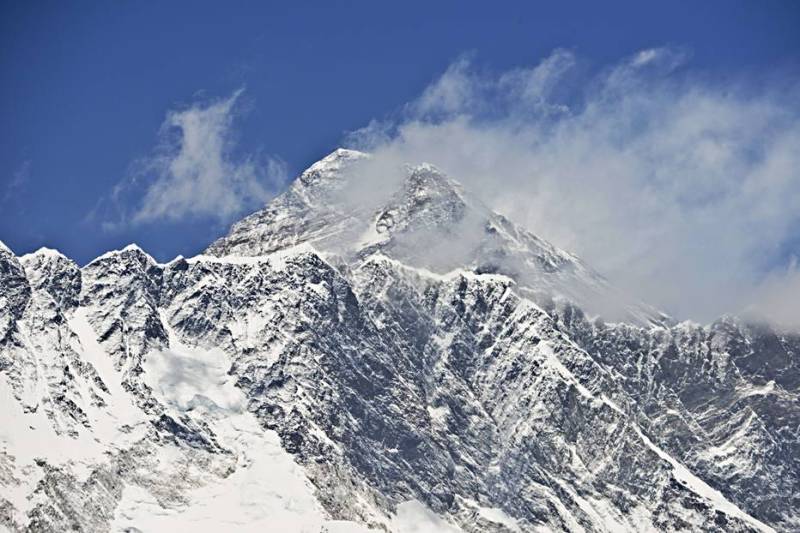 SHANGHAI (Web Desk) - The tallest peak on the planet, Mount Everest, moved three centimeters and changed direction because of the Nepal earthquake in April. The mountain moved slightly to the southwest, according to a geological survey by the Chinese government.

The mountain had been shifting towards the northeast, however that all changed after the deadly 7.8 quake struck on April 25. The research was undertaken by the Chinese National Administration of Surveying, Mapping and Geoinformation and was reported by the China Daily.

Over the last decade, Everest had moved 40 centimeters to the northeast at a speed of four centimeters per year. The world’s tallest mountain also got even higher during that period, rising a further three centimeters into the sky.

However, that growth was all but wiped out following the quake, as satellite data, which was released by the European Space Agency, showed that the natural disaster made Everest shrink by 2.8 centimeters.

The lowering is explained by a relief of strain in the Earth’s crust, the agency said citing UNAVCO, a nonprofit geoscience research consortium.

The devastating quake, which killed more than 8,600, also managed to lift a whole region, about 120 kilometers long and 50 kilometers wide, near Katmandu by about one meter. This helped to explain the extensive damage that the city suffered.

Eighteen people died in an avalanche on Mount Everest caused by the earthquake in April.

The total economic cost of the destruction from Nepal’s earthquake and aftershocks is most likely to total between $1-10 billion, with the second most probable scenario showing the damage could reach $100 billion - while the country’s GDP stood at $19.29 billion in 2013.

“Estimated economic losses may exceed the GDP of Nepal,” the United States Geological Survey wrote on its website.