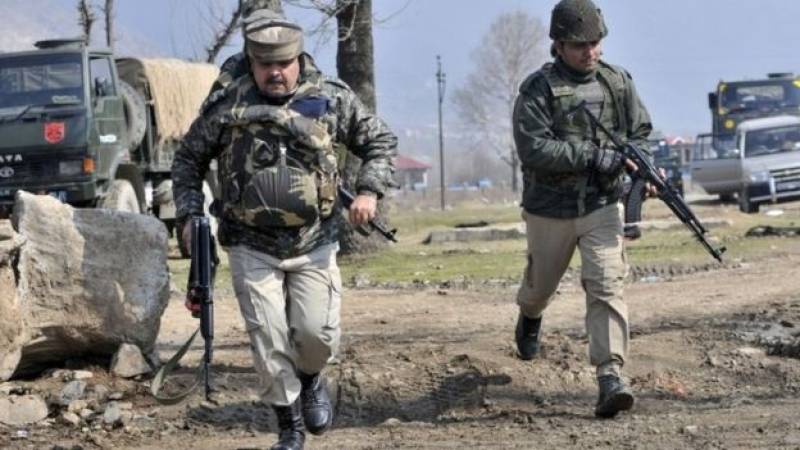 SRINAGAR (Web Desk) - At least two Indian army personnel and a policeman were killed when militants attacked a security convoy on the Srinagar – Baramulla national highway on Wednesday.

This is the first attack on a convoy in Baramulla in many years. Five soldiers were injured in the attack, Indian Express reported.

The militants attacked the convoy between 2:30 AM and 3:00 AM on the national highway. “Two army men and a police constable were killed in the attack, there are some injuries as well,” An army spokesman told the newspaper.

"The militants managed to escape after the attack. Locals said firing continued for more than 20 minutes", he said.

After protests erupted in the Kashmir Valley, the army has been moving its convoys during the night to avoid any engagement with protestors.

However, this is the first time since the killing of Hizbul Mujahideen commander Burhan Wani that an army convoy was attacked in any part of the Valley.

On Tuesday, GOC, 19 Division had said that the five infiltrators killed in the Uri sector had come with an aim to target a civil or high-value target.

Militants on Tuesday had hurled a grenade on a police station at Kakapora tehsil of Pulwama district near Srinagar that left five policemen injured.

Since August 15, this is the third militant attack on security forces in the Valley.

As many as 64 protesters have been killed and thousands injured during 40 days of unrest, while schools, shops, banks and offices remain closed in much of Kashmir as paramilitary troops patrol main roads, residential areas and mosques.

The turmoil has raised tension between India and Pakistan which invited New Delhi for talks on the disputed territory.