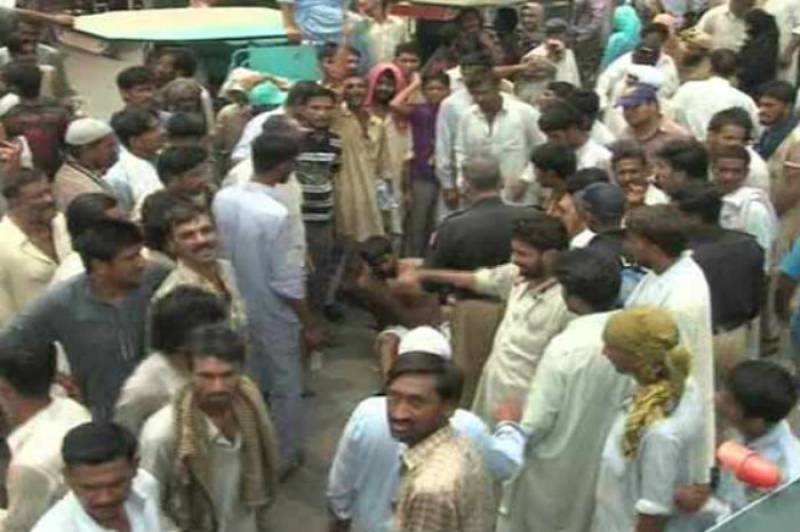 As per details, two policemen of city police station Jacobabad started beating a rickshaw driver when he entered in Bano Bazar, which is prohibited for rickshaws.

According to a private TV channel, Sindh government has taken notice of the incident and sought a report from Jacobabad police chief.

Meanwhile, District Police Officer (DPO) has suspended both officials and launched an inquiry into the matter.