Pakistan cricket team to leave for England on Saturday 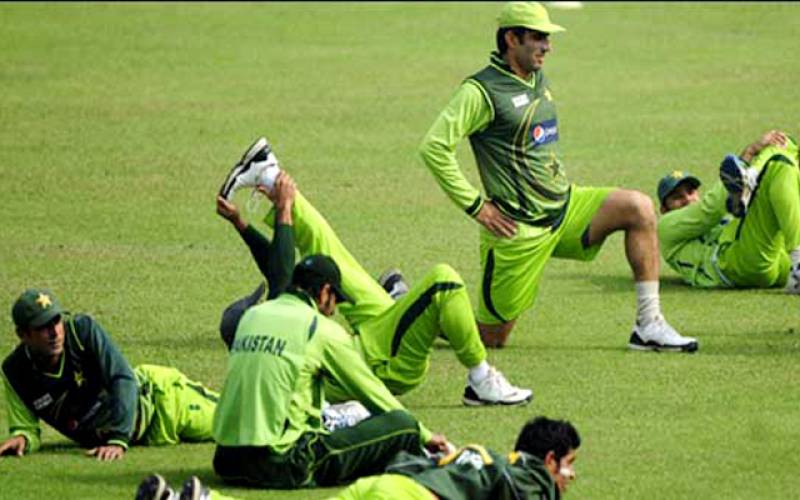 LAHORE (APP) - The Pakistan cricket team will depart for England on Saturday for a lengthy series comprising four Tests, five ODIs and a Twenty20.

Pakistani players will participate in a training camp this month to get familiar with the English conditions before their first warm-up game against Somerset at Taunton on July 3.

Misbah ul Haq will be leading the test side during the series while Azhar Ali and Sarfraz Ahmed will captain the ODI and Twenty20 teams, respectively.

Talking to APP, a Pakistan Cricket Board (PCB) official said the board had barred the players from giving interviews and asked them to have limited interaction with the English media unless permitted by the manager.

However, the players have been allowed to take their families on tour until the start of the series, after which they will be sent back.

This will be the first assignment for new Pakistan head coach Mickey Arthur while it will see the return of Muhammad Amir to England after he was banned for 5 years for his involvement in the infamous spot-fixing scandal of 2010.

He said the PCB had also cautioned Amir to be patient and tolerant on the tour of England.

Amir, who has not played Test cricket since his involvement and ban in match fixing during Lord’s Test, will resume his Test career on July 14 on the same ground.