Punjab seeks time to decide on extending retirement age to 63

LAHORE - The Usman Buzdar-led Punjab government has sought a month's time from the federal government to decided on whether to increase the retirement age for government servants to 63 or not.

The Punjab government has informed the centre that it would be able to give its 'well considered' view over the matter in July as it was currently busy in handling the affairs related to the budget.

Prime Minister Imran Khan, in a letter, had asked the Khyber Pakhtunkhwa as well as Punjab government to deliberate whether the retirement age can be extended to 63 to save money. 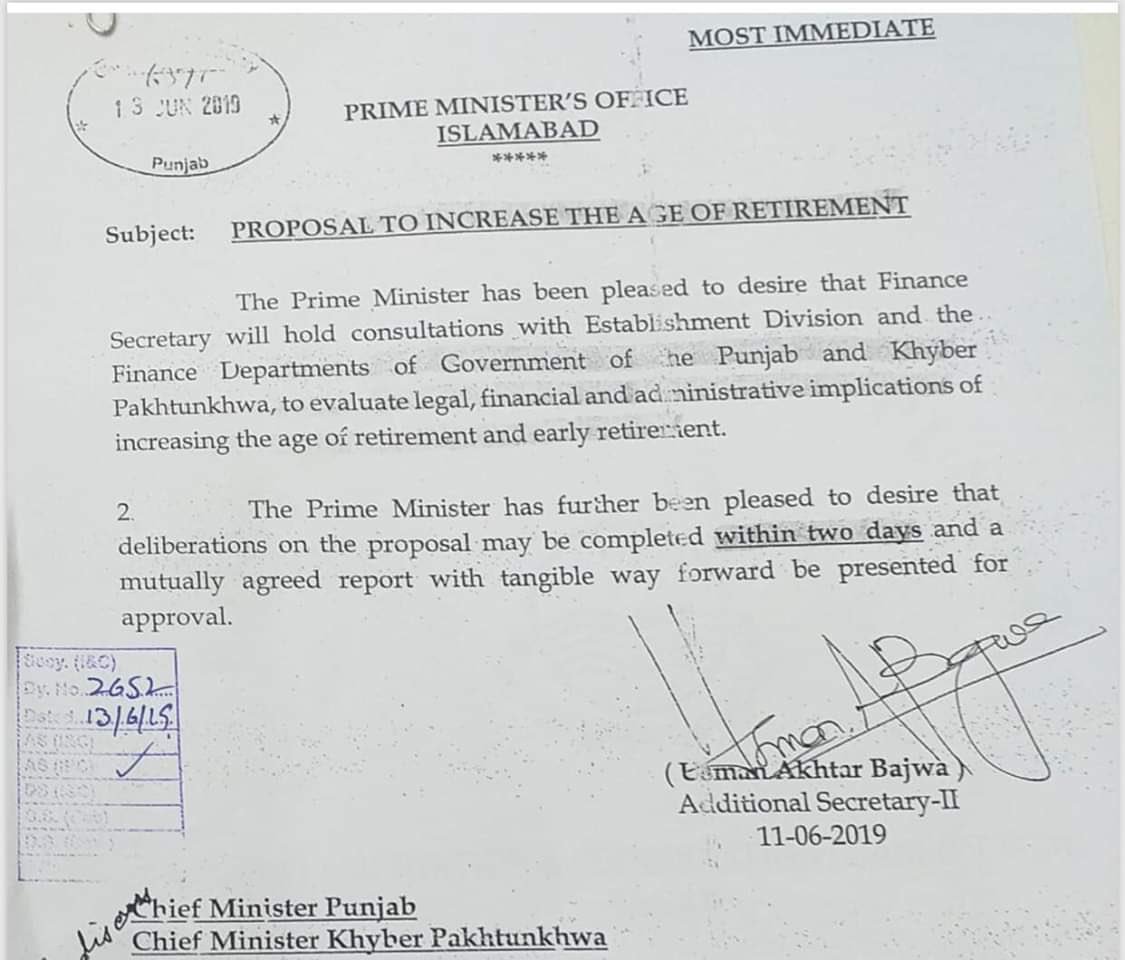 The Mehmood Khan-led Khyber Pakhtunkhwa regime extended the age swiftly, however, the Punjab government has sought some time in this regard.

PESHAWAR - In a landmark decision the Provincial Cabinet of Khyber Pakhtunkhwa Friday approved an increase in ...

The letter issued from the prime minister’s office had said that the prime minister desired the (federal) finance secretary to hold consultations with the establishment division and the finance departments of the Punjab and Khyber Pakhtunkhwa governments to evaluate legal, financial and administrative implication of increasing the age of retirement and early retirement.

“Certainly we are going to minutely work on the proposal in league with the federal government,” an official said while talking to Dawn News.

The government is caught between a rock and a hard place as extending the retirement age limit would cost the fresh job seekers while keeping the limit to 60 costs heavily in terms of pension funds.