NSA Nasser Janjua jets off to Afghanistan on crucial tour 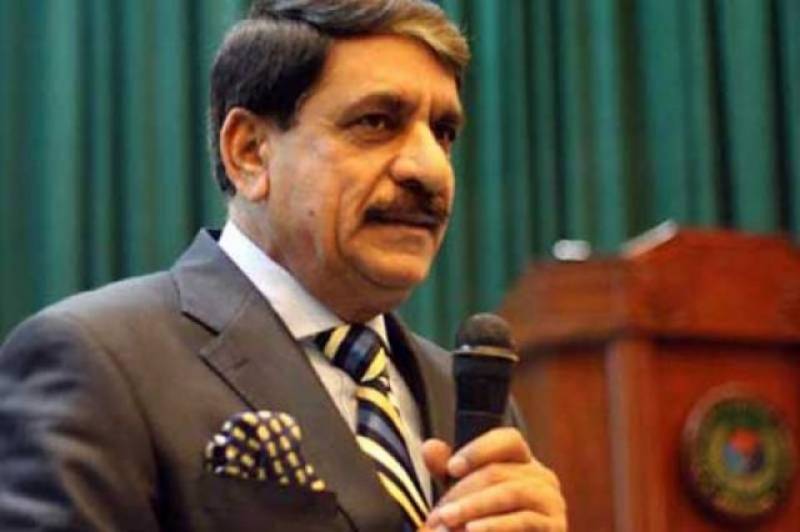 The visit is crucial in the backdrop of peace offers to Taliban by the Afghan president and the representatives of the neighbouring countries are expected to formulate a policy to work together and chalk out a way forward to improve bilateral relations and cement ties.

Last month, Pakistan's Foreign Secretary Tehmina Janjua, while addressing the Afghanistan-Pakistan Action Plan for Solidarity (APAPS) in Kabul, remarked that Pakistan and Afghanistan should engage in cooperation instead of the blame game.

KABUL - President Ashraf Ghani expressed his readiness to initiate negotiations with Taliban for a durable peace in ...

The FO spokesperson also reaffirmed that Pakistan will continue to support efforts for peace in Afghanistan, but the Afghan government needs to reach a settlement with different Afghan groups.

The security czar's visit comes on the heels of US and Afghan government's wish to engage the Taliban in peace process for a durable peace in the war-ravaged region where the US troops are stationed from approximately 17 years.

Last month, Ghani expressed his readiness to initiate negotiations with Taliban asserting that ceasefire must be agreed upon adding that peace needs to be sought with the Taliban in order for them to become a political group.

KABUL - US Defense Secretary Jim Mattis has expressed that the United States was picking up signs of interest from ...

“The Afghan government must be accepting and we will also work on the list of freeing Taliban prisoners”, he opined as he opened the second Kabul Process meeting in the Afghan capital.

Moreover, US Defense Secretary Jim Mattis expressed that the United States was picking up signs of interest from Taliban in exploring the possibility of talks to put an end to the war started in 2001.

“We’ve had some groups of Taliban who have either started to come over or expressed an interest in talking,” he claimed as he landed in Afghanistan, signaling a shift in US policy.