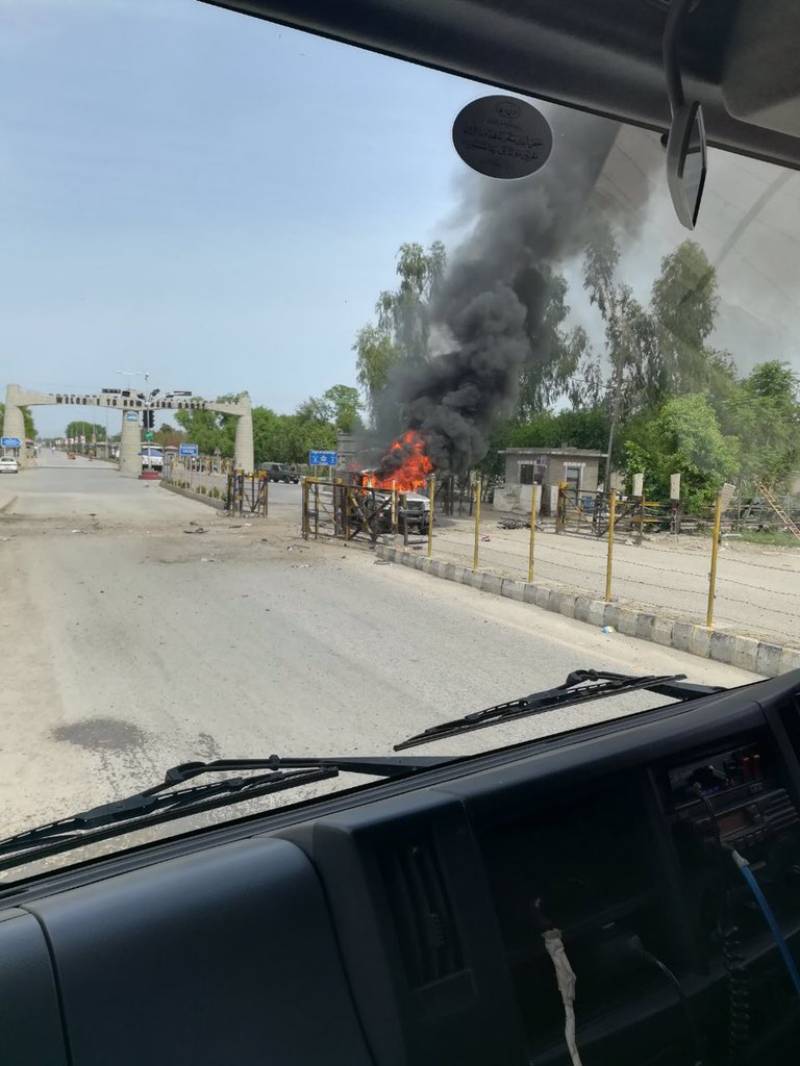 NOWSHERA - At least one person was killed while nine others got injured in a suicide blast on Mall Road in Nowshera, Khyber Pakhtunkhwa, on Thursday.

According to DPO Nowshera Nadeem Shehzad Bukhari, a suicide bomber exploded himself close to a vehicle near Kacheri Chowk, one of the busiest area in the city. The vehicle was left totally damaged in the blast.

The spokesman for the Khyber Pakhtunkhwa chief minister, Shaukat Yousafzai, confirmed that the blast was a suicide attack adding that the bomb contained 5 kilograms of explosive material.

Meanwhile, security forces reached the site and cordoned off the area. An investigation has been launched to trace the suspects.

Rescue officials shifted the injured to CMH hospital. Three of the injured are said to be in precarious condition.