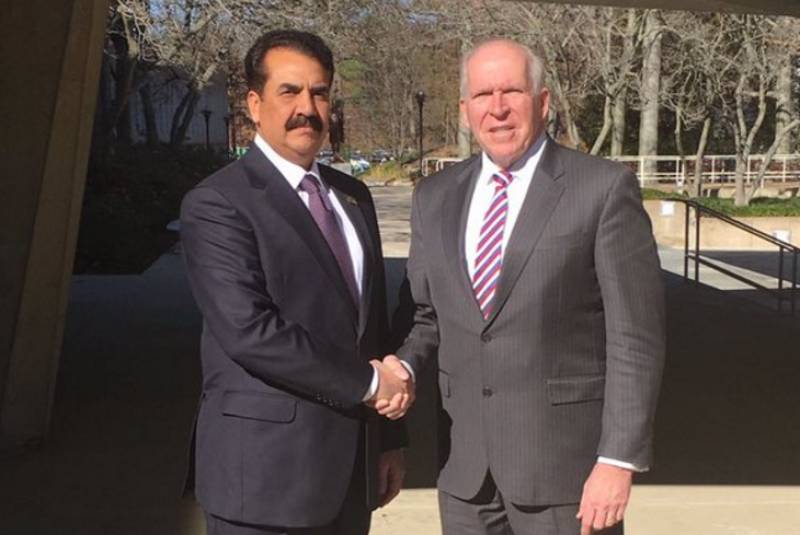 During the meeting US top spy acknowledged the role success of Pakistan army's operation Zarb-e-Azb.

Pakistan's efforts to curb militancy have positive impact on security situation, he said.

Mr Brennan also appreciated Pakistani role in Afghan reconciliation process and said that there have been chances of stability and enduring peace in the area.

General Raheel Sharif and CIA Director stressed on the need of permanent stability in South Asian region while discussing the newly prevailing security challenges to the world.

On the occasion the Pakistani military commander said that it was most suitable time to initiate the proposed Afghan-led peace dialogue in war torn country.

Raheel Sharif arrived for a five-day visit in Washington to hold important meetings with US military officials as well the political leadership.

The US Secretary of State John Kerry, National Security Adviser (NSA) to US President Ms. Susan Rice, General Raheel’s counterpart General Mark A Milley and Chiefs of Staff General Joseph Dunn would be among his interlocutor during his stay in Washington.

The visit is taking place on the invitation of US military leadership and it would encompass military-to-military ties and review of up-and-coming regional security situation as Pakistan is fully cognizant of fast emerging new regional realities.

Exchange of the views between the military leadership of the two countries is the hallmark of the visit where overall security spectrum of bilateral concern is discussed in candid manner.

The military leaders will discuss important subjects like high level mutual visits, training of the personnel and joint exercises in the course of deliberations.

The General will have hectic engagements during his stay in the United States, the sources added.