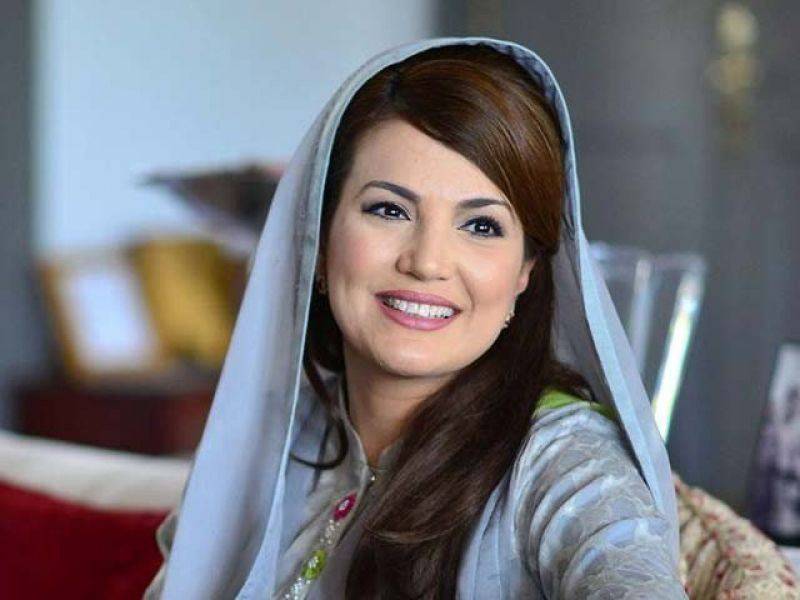 Voice of Journalists website has quoted renowned lawyer-turned-politician-turned-TV anchor Fawad Chaudhry saying as " Reham Khan has been accessed by two networks however she will probably join Geo News."

Previously the former BBC presenter, who is currently in UK since her divorce with Imran Khan, had hinted it resuming her career as an anchorperson while addressing a conference.

In another news Reham Khan has said that only she and her husband were responsible for their separation, after hurling allegations of black magic and in-house conspiracy against her.

In an article in British newspaper, the TV anchor said it was not true that Imran Khan’s sisters pushed him to divorce me. We just could not establish a strong marriage bond between us and hence we broke away in just ten months, she added.

She also narrated her time as the wife of Pakistan’s legendary cricketer and politician in a very emotional way.

Following my marriage with Imran Khan the whole country had become just like my in-laws, Reham noted.

While discussing her ambition to join politics, she said that her husband’s party never accepted him and several key leaders ran campaign against me saying that they don’t want to indulge into party matters.

I had decided to stay out of party’s affairs in August this year and my husband also agreed with me, she said.

Earlier in“Why Imran Divorced Me” interview with The Sunday Times, Reham Khan said that she thought Imran Khan was in love with her but it was not true and she was left defenseless against the media criticism.

Reham Khan revealed that her marriage with him was not registered anywhere in Pakistan or Britain.

Nobody from Imran Khan’s political party, PTI, or his family took charge to explain my position in that situation, she complained.