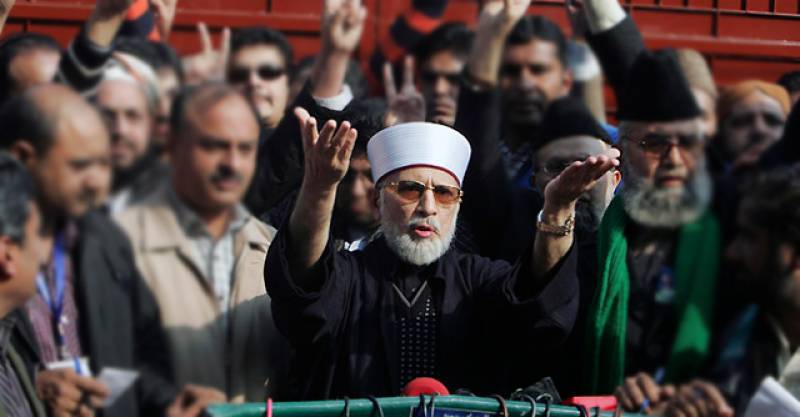 LAHORE - The Supreme Court has fixed November 19 as the date for the hearing of a petition seeking the formation of a fresh joint investigation team (JIT) to probe the Model Town incident.

The hearing was fixed almost a month after a petition was filed in this regard; the apex court's Lahore registry would now take up the case on Monday.

The court has also issued notices to former premier Nawaz Sharif and former Punjab chief minister Shehbaz Sharif in this regard.

The Model Town incident, which happened in 2014, has not been resolved yet with Pakistan Awami Tehreek demanding to probe the former Punjab chief minister, Shehbaz Sharif and then law minister Rana Sanaullah.

At least 14 people were killed and 90 others were injured in clashes between the police and workers of the Pakistan Awami Tehreek as authorities moved to remove encroachments in front of Dr Tahirul Qadri’s house in Model Town on June 17, 2014.

LAHORE - The Supreme Court fixed on Saturday the date for the hearing of a petition against the Lahore High Court’s ...

The report has not held any person squarely responsible for the incident. During the investigation, the statements of different police officials and the provincial cabinet members including provincial Law Minister Rana Sanaullah were recorded.

The commission observed: "The level of cooperation in digging out the truth is that no police official from top to bottom, whether actively participated in the operation or not, did utter a single word about the person under whose command the police resorted to firing upon the PAT workers."