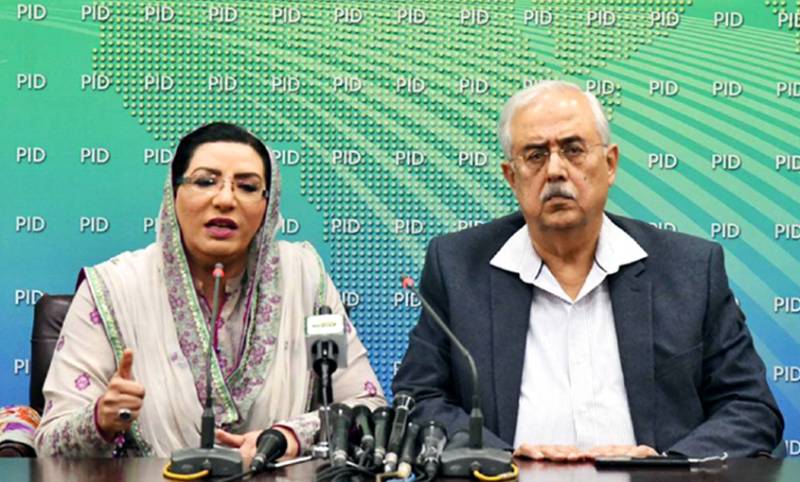 ISLAMABAD - Attorney General of Pakistan Anwar Mansoor Khan says the matter involving former Prime Minister Nawaz Sharif's removal from the Exit Control List as per Lahore High Court's orders will be produced before the Cabinet after receiving the detailed judgment.

Addressing a news conference along with Special Assistant to Prime Minister on Information Dr Firdous Ashiq Awan in Islamabad, he said the federal cabinet would decide whether it should file an appeal against the LHC's judgement.

The Attorney General clarified that the decision of the Lahore High Court which allowed Nawaz Sharif to travel abroad for medical treatment, was purely based on humanitarian grounds and merits of the case were yet to be decided as no legal reason was given in the order, the Radio Pakistan reported.

He categorically said it was an interim order of the court, which did not reject the government's stance as the case would be resumed for final decision to look into merits of the case in January 2020.

The cabinet never ever opposed Nawaz's travel to abroad, the AGP said, however, a legal requirement was necessary to fulfil.

Anwar Mansoor Khan said the undertaking before the court of law had more value than indemnity bonds the government was asking for.

He said if the signatories, Nawaz Sharif and opposition leader Shahbaz Sharif, did not fulfil their commitment to the courts then they could be trailed under Contempt of Court Ordinance and Article 61, 62-B of the Constitution.