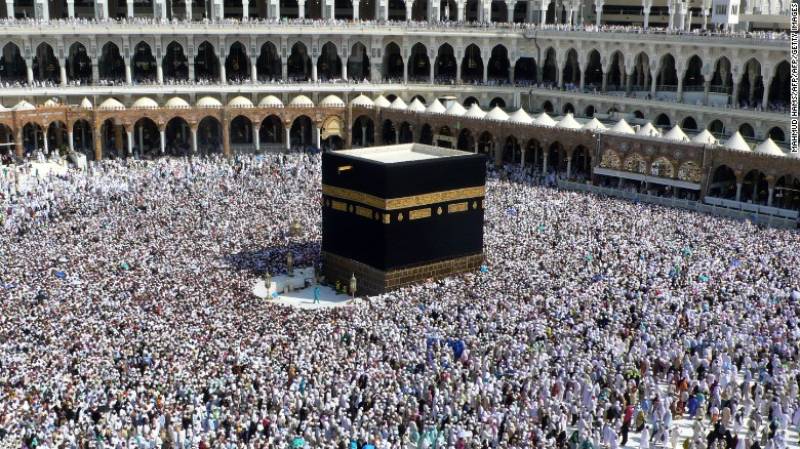 ISLAMABAD - Following a request made by Prime Minister Imran Khan during his recent visit to Saudi Arabia, kingdom's Crown Prince Mohammad bin Salman had agreed to withdraw an additional fee of SAR2,000 soon for Pakistanis who wanted to perform Umrah every year.

Secretary of Religious Affairs Muhammad Mushtaq stated this while giving a briefing to the Senate Standing Committee on Religious Affairs on Tuesday during a meeting with Senator Maulana Abdul Ghafoor Haideri in chair.

The chairman said that he had received several complaints about the imposition of the tax by the Saudi government on pilgrims performing more than one Umrah within two years. Haideri added that he had learnt that it was discriminatory tax and the government should take up this matter.

The secretary of religious affairs informed the chairman that it was not a discriminatory act as tax was imposed on anyone coming from any country. He added that the reason behind the measure was only discourage repeated Umrah by few people.

Mustaq said that the tax, however, was abolished for the Turkey and Egypt citizens after their governments requested the Saudi authorities.

He informed that Prime Minister Imran Khan was also suggested that he should take up the matter with Saudi government during his visit, adding that the premier discussed the issue with the crown prince who agreed to end the additional fee. He said that the Saudi government would end the tax soon.

Some participants of the meeting also criticised the prime minister's move, stating that tax waiver would facilitate only few people.

Last year, the Saudi government had took the decision to avoid unnecessary rush and to give chance to new people, by discouraging those who have repeatedly performed Umrah.