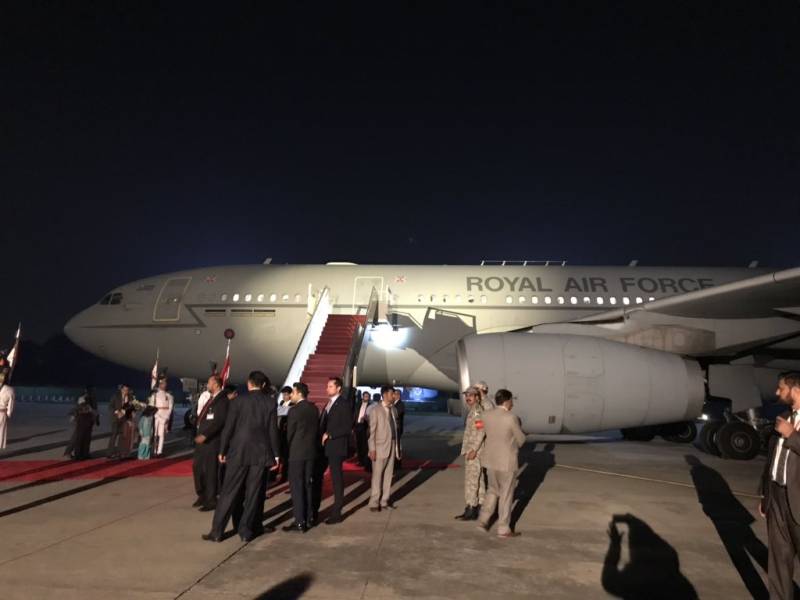 LAHORE – The RAF Voyager plane carrying UK royals, who are on a four-day official visit to Pakistan, tried to land twice, at Rawalpindi air base and Islamabad international, before it decided to return to Lahore on Thursday evening.

William, who has previously worked as a search and rescue helicopter pilot, told reporters after they landed that he and Kate were fine, joking that the problems had been caused because he was flying the plane.

Reports in local media say the VVIP lounge at Allama Iqbal International Airport has been opened for the British royalty. They will be taken to a local hotel if the bad weather persists over Pakistani skies.

The Duke and Duchess of Cambridge have been flying around Pakistan each day on the British Government's official Voyager aircraft, courtesy of the Royal Air Force.

The couple arrived in Islamabad on Monday evening at Pakistan Air Force Base Nur Khan, Rawalpindi, before flying to Chitral on Wednesday and Lahore earlier today.

The Airbus A330 plane can in civilian configuration carry 335 passengers, although it is instead fitted with 58 business-class seats and 100 economy seats.

Prince William and Kate are flying back to Kensington Palace in London tomorrow, but they’ll still have engagements prior to their departure