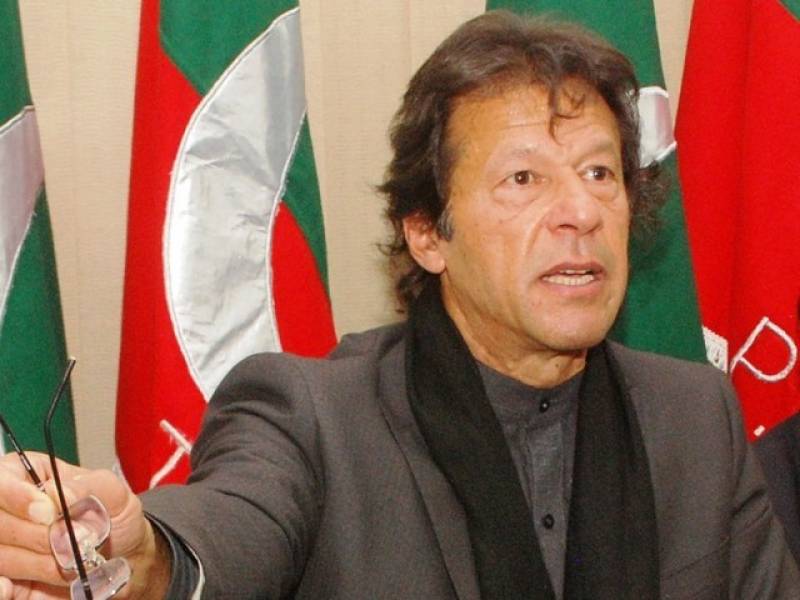 Talking to media in Nowshera, Imran Khan said that Nawaz Sharif should have announced relief package for farmers in the federal budget.

It is pertinent to mention here that Prime Minister Nawaz recently announced a Rs 341 billion relief package for farmers at Kissan Convention held in Islamabad on Tuesday.

He said that PPP Co-Chairperson and former president Asif Ali Zardari ran away to Dubai due to fear of corruption cases.

He said the nation is demanding accountability across the board.

Referring to arrest of Khyber Pakhtunkhwa minister Ziaullah Afridi, Imran Khan said that the federal government should learn accountability from the KP government.

“We are also improving KP bureaucracy, introduced model Local Bodies system in the province,” he said.

He said that real battle is for Lahore but he has been stopped from campaigning in by-election for NA-122 constituency of Lahore.

Imran Khan said: “I am MNA. What can I offer to people in NA-122 or influence elections? Why stop me from campaigning. We don t have government funds”.

The PTI has fielded Aleem Khan as its candidate for NA-122 by-polls.