France has a racism problem, not a 'burkini' problem 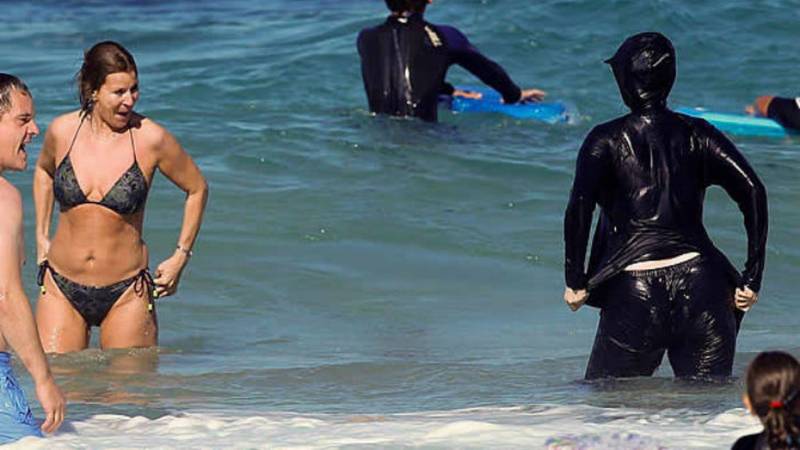 Even in this day and age we still have countries who wish to ban people from wearing the attire of their choice. No, I’m not talking about some small third-world totalitarian country far off the map but rather one right in the center of Europe. At a time when tolerance for another’s beliefs is of utmost importance, debate rages on in France over a ban on the ‘Burkini’.

For those who are not in the know, the Burkini is swimming attire designed specifically for Muslim women who wish to cover their body while swimming. As of now five French towns have banned them while three more are in the process of doing so. Meanwhile, the French Prime minster has weighed in on the debate saying Burkinis promote “enslavement of women,” says French PM.

And here we thought 'burkinis' just promote beach-swimming for women.

This ban is nothing more then racism at its best, and it is gaining momentum under the notion that the Burkini doesn’t allow women to expose there body. A notion which makes absolutely no sense. Has nobody wondered, what if somebody doesn’t want to expose their body? Why must women wear skimpy clothes at the beach? Or why must it be compulsory for them exhibit themselves?

This ban on the Burkini is an outright infringement on Human Rights and to be more specific Women’s Rights. How is it okay to ban one gender from wearing certain clothing while the other gender may dress how they please? Here we must also note that those advocating this ban under the pretext that those women are forced to wear the Burkini due to Islam, couldn’t be more wrong. Islam in its truest sense simply states that women should dress modestly. How people interpret it is up to them. It’s up to what each individual is comfortable with. As can be seen in the various acceptable attire for women in the many Muslim countries of the world.

France has recently experienced a sharp rise in racist incidents through a number of horrific high profile terrorist attacks. A country in which there was an increase of 281% in the number of racist incidents reported against Muslims over just one year i.e. 400 in total. It is clear that France is a country that is struggling to cope with this racism hence making it all the more important to not single out a particular race.

The 1958 French Constitution reads as follows:

“France is an indivisible, secular, democratic and social republic that assures equality in front of the law for all citizens, regardless of origins, race or religion.”

Where has this equality gone and why is just one religion being targeted? It has long been established in history that discriminating against a certain segment of society will only add fuel to the fire of racism. A fire which has already gained for too much strength in France. So for the love of the secular nation that is France and in the name of equal rights of all, the useless debate and restrictions on what women may or may not wear at the beach should end now.

France, instead of confronting the harmless 'burkini', should confront the racism that has seeped so deep into the French society that even the Prime Minster feels that it is okay for him to tell what Muslim women should or should not wear.