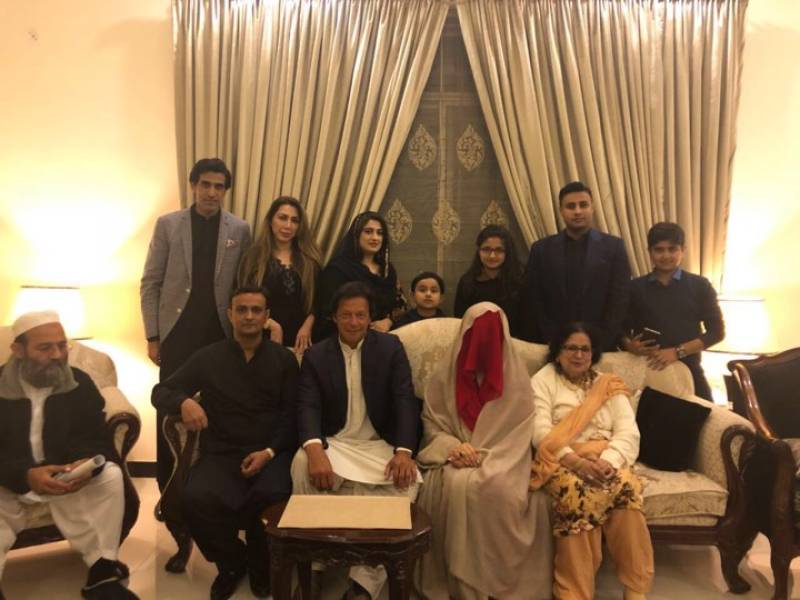 LAHORE - Imran Khan has tied the knot with a woman he used to visit for spiritual guidance, the local media reported here on Sunday night.

The party said the Nikkah was solemnised by Mufti Saeed in Lahore on Sunday (today).

The party issued pictures of Imran's nikah with Bushra Maneka, in which close relatives of Bushra Bibi are seen. 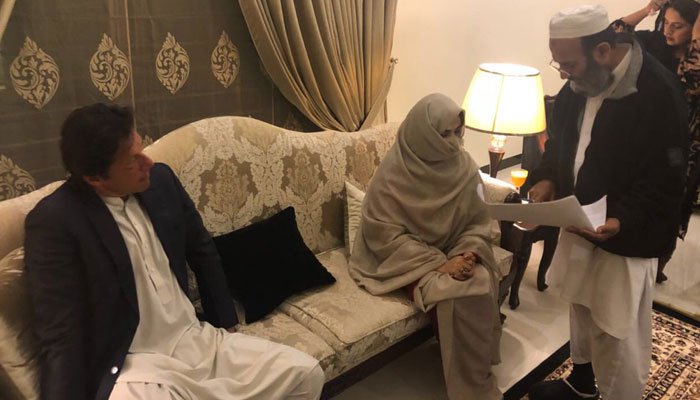 Saeed was also the Nikkah Khawan when Imran publicly entered into marriage with Reham Khan on January 8, 2015.

ISLAMABAD - Pakistan Tehreek-e-Insaf Chairman Imran Khan has again tied the knot secretly with a woman he used to visit ...

The political secretary of the PTI chief, Awn Chaudry has attended the ceremony, earlier, he outrightly denied and also dismissed the notion that the Nikkah took place. Awn was also a witness in Khan’s previous marriage to Reham Khan. 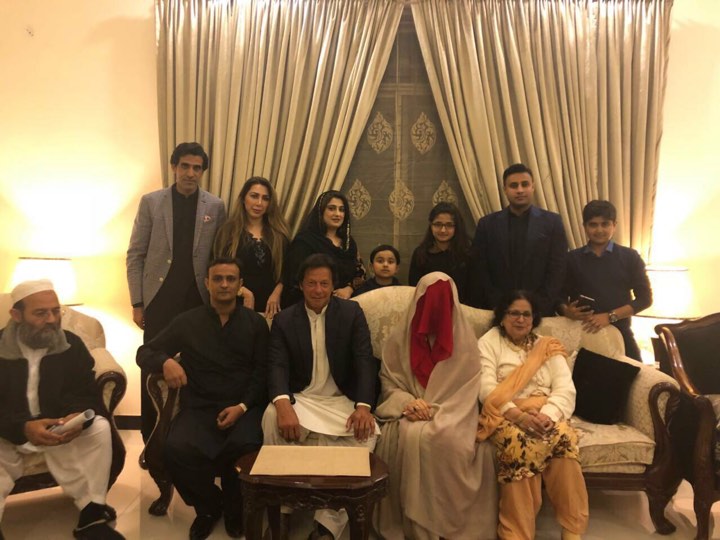 It is learnt that Khan’s new wife was previously married to a government servant with whom she separated a few months back.

PTI spokesperson Fawad Chaudhary confirmed the development, saying that the ceremony was held at Maneka's resident.

Inamul Haq told the media that only close relatives participated in the ceremony and Mufti Saeed performed the nikah in the presence of witnesses. The ceremony was held a low-profile one as per the desire of Imran Khan , he added.

Khan sb, shaadi mubarak ho bohat 😊 I hope & pray that Allah keeps both of you happy for the rest of your lives. Stay blessed 😊 #MubarakImranKhan pic.twitter.com/dTjScmUHIS

Congratulations to IK on his nikah to Bushra today. May he find happiness in his personal life. Wish him the best. pic.twitter.com/gnGTxLsA8a

I congratulate my leader and pray for his happiness on this new journey of his life ! #MubarakImranKhan pic.twitter.com/X7C73QfPho

Bushra Maneka is in her 40s, and belongs to the Wattoo clan, of which the Manekas are a sub-clan. Earlier, she was married to Khawar Farid Maneka, a senior customs official in Islamabad but parted ways in recent times.

The PTI chief has been married twice before. His first marriage was with Jemima Goldsmith, daughter of a British billionaire in 1995. The couple divorced in 2004.