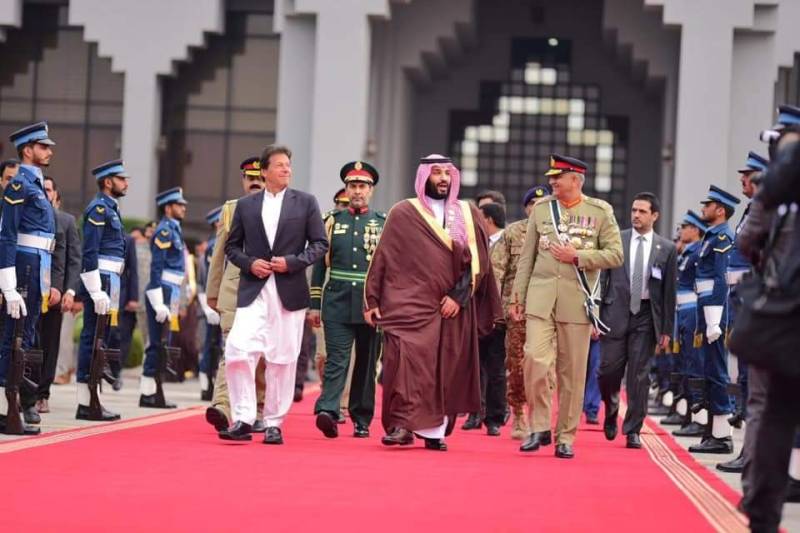 Prior to his departure, Prime Minister Imran Khan at a joint news conference with Mohammed Bin Salman thanked the visiting dignitary for the agreements worth $20 billion that had been signed during his visit, and his announcement to release over 2,000 Pakistani prisoners languishing in Saudi jails with immediate effect.

Short-term (one to two years)

PM Imran also expressed his happiness over the royal's visit, hoping that he would stay longer next time "so I can show you the beauty of Pakistan and the northern areas."

“I looked at my phone this morning and realized that if you [Mohammad bin Salman] stood for elections in Pakistan you would get more votes than me,” Prime Minister Khan said on the prince’s statement that he was Pakistan’s ambassador in Saudi Arabia.

“This is the first time Pakistan, Saudi Relations are developing into other spheres,” the PM said, adding that the geostrategic importance of Pakistan and Saudi Arabia would be an advantage and the combination of the two countries would work well in the future.

“We want you to consider Pakistan your second home. Consider PM House your own house whenever you come to Pakistan,” Khan told MBS. 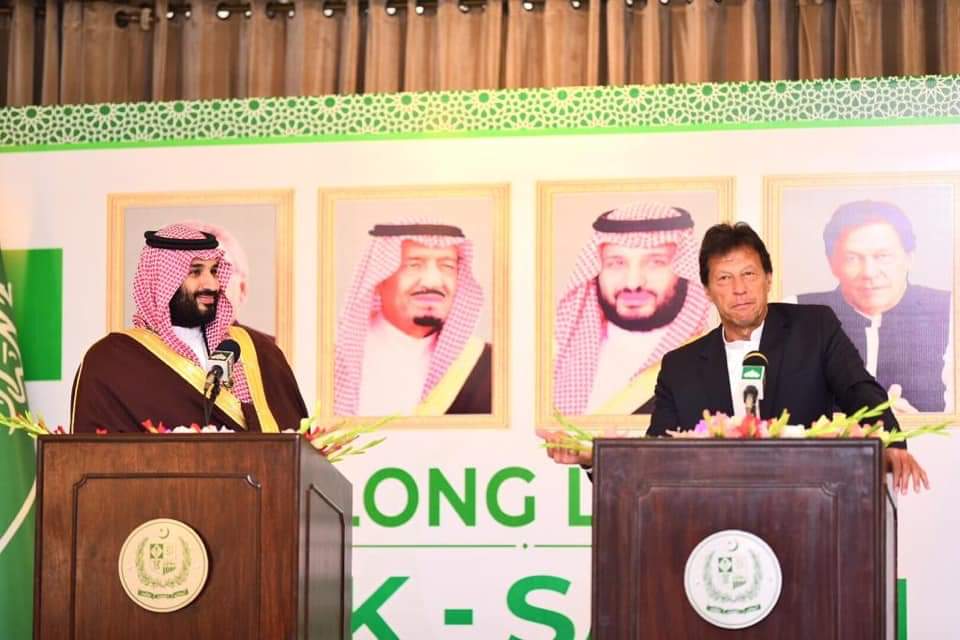 Prince Mohammad responded to the prime minster's offer by saying that he also feels "at home in Pakistan".

"Pakistan will definitely benefit from these neighbours, there's great leadership to put Pakistan in the right position and we can see that happening, because in 2018, Pakistani economy grew by 5 percent. So we believe that Pakistan has huge potential and I believe it could be one of the 20 biggest economies in future." 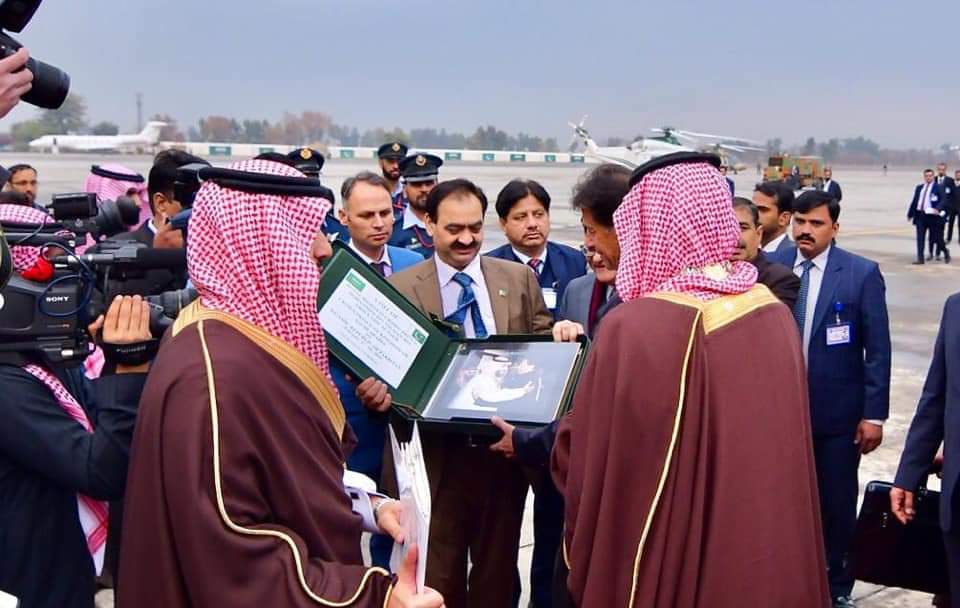 Reiterating his faith in the country's leadership, the prince said: "What we did today is the beginning and we hope in the close future we do more and more partnering with Pakistan in projects between Pakistan and Saudi Arabia.”

Prince Mohammad bid goodbye to the army chief, the prime minister and minister Khusro Bakhtiyar on the red carpet before returning to his plane and waving to the crowd from the top of the steps as he departed. The crown prince's next official visit is a trip to India scheduled for Feb 19. 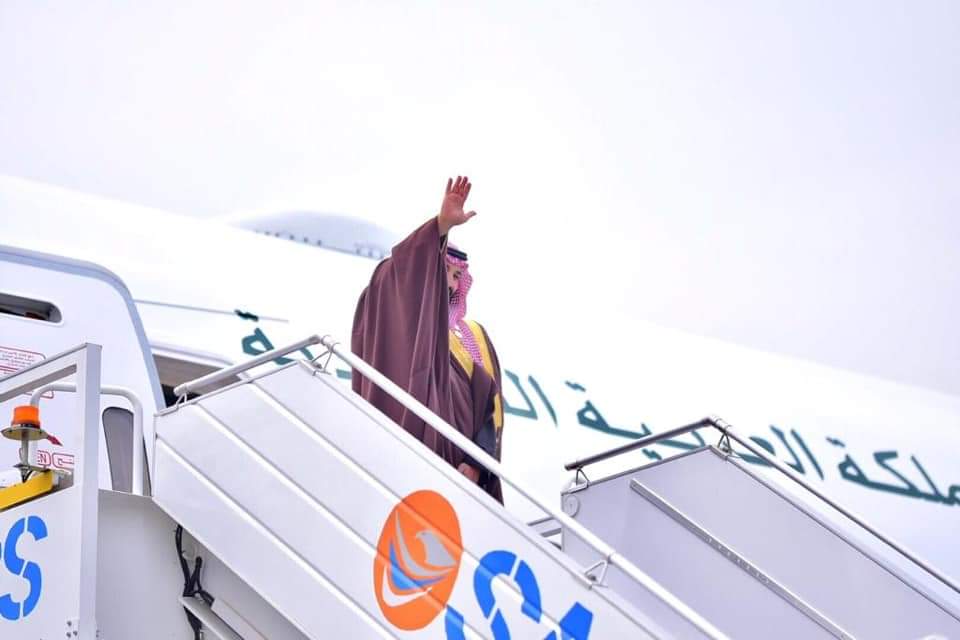 Earlier today, the Saudi crown prince was conferred with the country’s highest civil award Nishan-e-Pakistan during a ceremony at the President House. The ceremony was attended by Prime Minister Imran Khan and the heads of the three armed forces. Senate Chairman Sadiq Sanjrani, National Assembly Speaker Asad Qaiser and members of the federal cabinet were also present at the ceremony.

Prime Minister Imran Khan was also present at the ceremony.

The crown prince, commonly known as MBS, was given a special protocol as he went from the President House to the PM House on a horse carriage accompanied by PM Imran Khan. 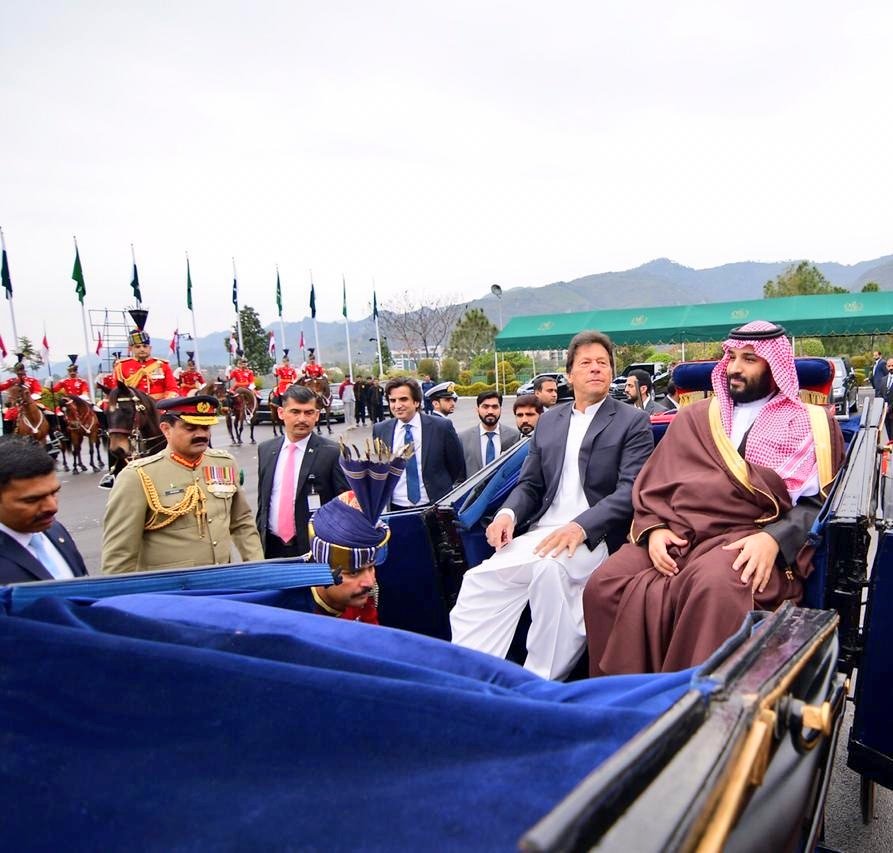