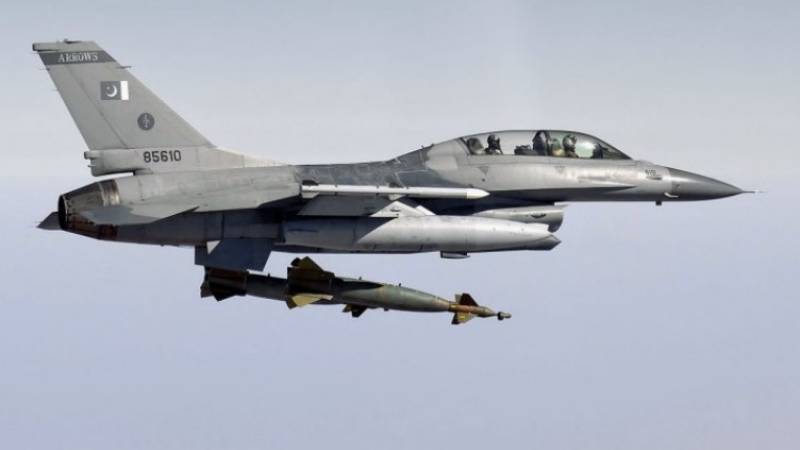 LANDI KOTAL -  Security forces claimed to have killed at least eight suspected militants while injuring three others in air strikes on their hideouts on the first day of Operation Khyber-IV, here on Monday.

Official sources said that several hideouts of the banned Lashkar-i-Islam (LI) and the militant Islamic State (IS) group in the mountainous region of Rajgal in Tirah valley near the Afghan border were targeted during the daylong shelling.

Residents in nearby areas said they saw military helicopters approaching Rajgal in the morning and also heard heavy artillery shelling.

They said that deployment of additional forces to surrounding areas started back in June as a prelude to the operation.

Moreover, Pakistan Air Force planes also participated in the strikes along with military helicopters at the LI and IS bases in Pakdara, Naray Naw, Sattar Kalay and Khairaba areas of Rajgal.

As journalists have no access to the area, claims about human and material losses made by security forces could not be independently verified.

The region was vacated by its Kukikhel inhabitants after the banned Tehreek-i-Taliban Pakistan and LI occupied the Rajgal heights and surrounding areas in 2011, during the stint of Pakistan Peoples Party.

However, in a telephonic conversation with newsmen, Lashkar-i-Islam (LI) refuted official claims about the presence of members of the IS in the region and claimed that it was the sole occupant of the Rajgal region since 2011.

"Operation Khyber-IV will be resisted," they vowed.

Earlier, the LI rubbished official claims about its taking refuge in the bordering region of the Nangarhar province in Afghanistan and insisted that they had never vacated their bases in Rajgal which were camouflaged by thick forests and high cliffs.