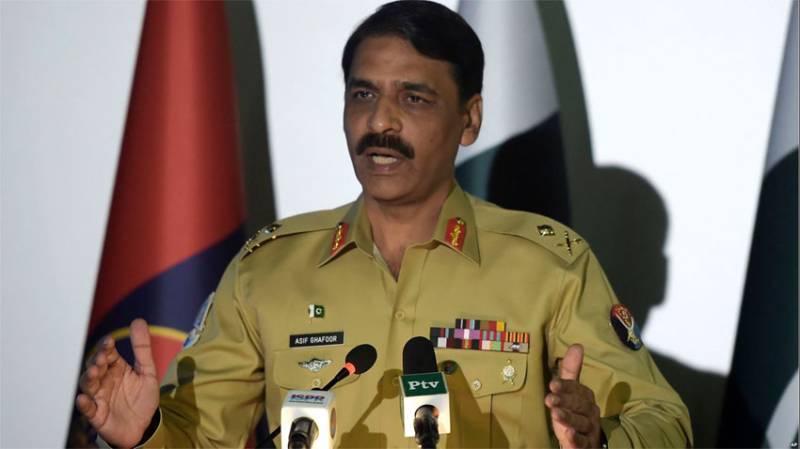 RAWALPINDI - Pakistan has rid its soil of all terrorist sanctuaries, including those of Haqqani Network through a well-thought-out military campaign, Director-General Inter-Services Public Relations (ISPR) Asif Ghafoor said in an interview with UAE media.

Maj-Gen Ghafoor told the Gulf News that Pakistan has taken action against terrorists of all shades and kinds, including the Haqqani Network, which was also the main concern of the United States.

“Earlier, till 2014, Pakistan focused on operations against Tehreek-e-Taliban Pakistan (TTP) and targeted Haqqani Network during Operation Zarb-e-Azb, [from] 2014 onwards. This was due to lack of capacity and not lack of will. There are no organised terrorists' sanctuaries inside Pakistan anymore,” he told the newspaper.

“But all this has come with a huge price. Besides cost in blood of over 75,000 Pakistanis, there has been a loss of more than $123 billion to the national exchequer,” he added.

Responding to repeated allegations against Pakistan after attacks in Afghanistan, Maj-Gen Ghafoor said that “lack of effectiveness inside Afghanistan cannot be done away with by throwing blame on Pakistan”.

“Various independent international surveys report that more than 50 percent of Afghan areas are not under effective control of Afghan forces. There is a scanty presence of Afghan forces along Pak- Afghan border,” he continued, asking that the country provide actionable evidence to back up its claim.

No country other than Pakistan is more keen to see a peaceful Afghanistan as we are the immediate neighbours, the major-general added.

He said that Pakistan has conveyed the same to the US. For long-standing peace in Afghanistan, ungoverned spaces inside the country would have to be cleared by Afghan and RSM [Resolute Support Mission] Forces.

“A better Pak-Afghan border security arrangement are quintessential towards this end. Pakistan has long been pursuing this with Afghanistan,” he added.

Another factor in ensuring peace in the AfPak region is the respectable repatriation of Afghan refugees in Pakistan. The residual presence of terrorist elements takes advantages of the 2.7 million Afghan refugees by disguising themselves as peaceful citizens, Maj-Gen Ghafoor said.

Expanding on the measures taken to ensure lasting peace, he said Pakistan has started to fence the entire 2,611-km length of Pak-Afghan border and construction of new forts and posts to deny free cross-border movement of terrorists.