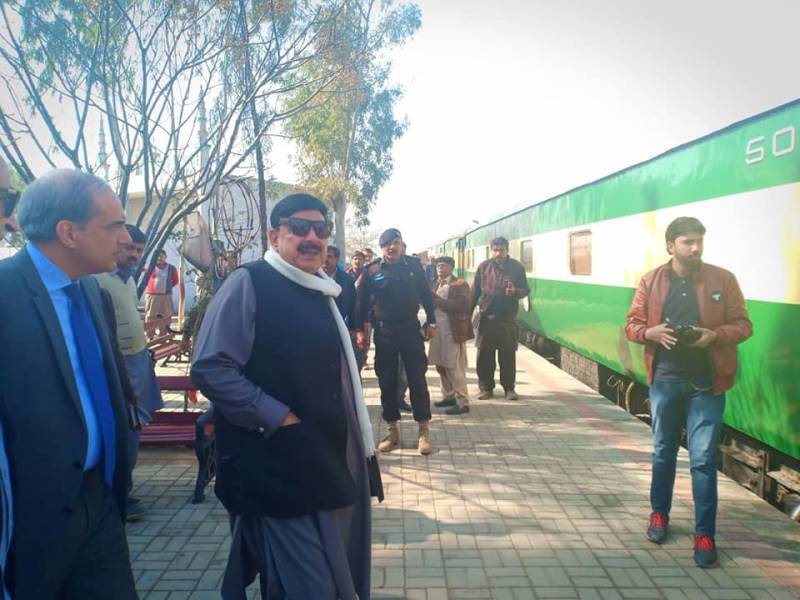 ISLAMABAD - The Pakistan Railways officially informed the National Assembly’s Standing Committee on Railways that Rs43bn were earned against spendings of Rs72 b during the tenure of the current government.

In a report on the benefit-cost ratio of the new passenger trains, a senior official of the railways ministry informed the committee on Friday that six of the 10 newly-launched passenger trains were running in losses.

The official, however, said new trains had been introduced on certain sections on demand in order to protect assets of railways and facilitate the general public.

The ministry official stated that the new trains were running successfully on an average of 84.5 per cent occupancy and the existing railway stock had been used for these trains.

Despite an increase in expenditures due to payment amounting to Rs1.207bn, pension (Rs0.468bn) and fuel (Rs2.729bn), the deficit of the Pakistan Railways has gone down by Rs0.059bn.

On the occasion, Railways Minister Shaikh Rashid informed the committee that oil prices had increased in the international market, putting additional burden on the Pakistan Railways.

Rashid said railway fares had not been increased, but fares of AC classes were likely to be increased after Eidul Fitr; the minister informed the members that the private sector was willing to acquire passenger trains.

The passenger trains’ business was profitable, while the Pakistan Railways was facing problems in freight business, the committee was told.

During the session, former railways minister Khawaja Saad Rafiq maintained that all new trains launched this year would report losses if analysed individually.

however, Sheikh Rashid disputed the observation and told the committee that only two of the new trains, the Dhabeji Express and Rohi Passenger Train, were reporting losses.

"We have saved 1.7 million litres of fuel even after running 26 trains," Rashid said.

Ten trains were launched by the Pakistan Railways across the country in the first 100 days of the incumbent regime with a view to increasing the revenue of the state-owned enterprise.

With existing 6 trains in losses, the ambitious Railways Minister Shaikh Rashid is determined to add 10 more passenger trains this year.