Pakistan itself is victim of terrorism, China tells India 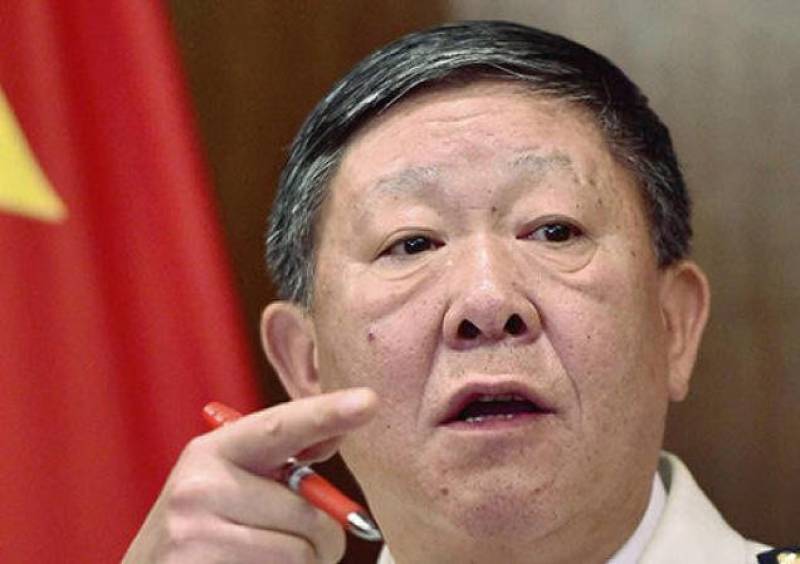 NEW DELHI (Web Desk) - Describing Pakistan as a victim of terrorism, China has said it will continue to support the neighbouring country in the fight against terror even as it called for greater counter-terrorism cooperation with India, including at the international level.

China also took on the USA, saying it does not agree with interference of countries outside the South China Sea region in the ongoing dispute with its neighbouring countries.

"Pakistan is also a victim of terrorism.

In the past few years, Pakistan has been fighting terrorism with a lot of casualties," Rear Admiral Guan Youfei, Director General, Foreign Affairs Office in China's Ministry of National Defence, said here.

He was briefing reporters on the visit here of a 26-member Chinese military delegation headed by General Fan Changlong, Vice-Chairman of China's powerful Central Military Commission (CMC), which met with Prime Minister Narendra Modi and Defence Minister Manohar Parrikar, among others.

Guan said that Pakistan has in the recent past started a military operation to fight terrorism with "positive achievements".

Asked how China can talk about increasing cooperation in counter-terrorism efforts when its 'all-weather friend' harbours and uses terrorists, he said, "China will continue to support Pakistan's efforts in fighting terrorism, especially in fighting the Eastern Turkistan Islamic Movement."

He added that the Chinese position on terrorism is that there should not be any "double standards".

"This is something we need to look into," he said without explaining who he was referring to.

Asserting that China opposes terrorism in any form, he said that his country will work towards deepening counter- terrorism cooperation with India.