Terrorists came from Afghanistan, were trained and equipped in Afghanistan: DG ISPR 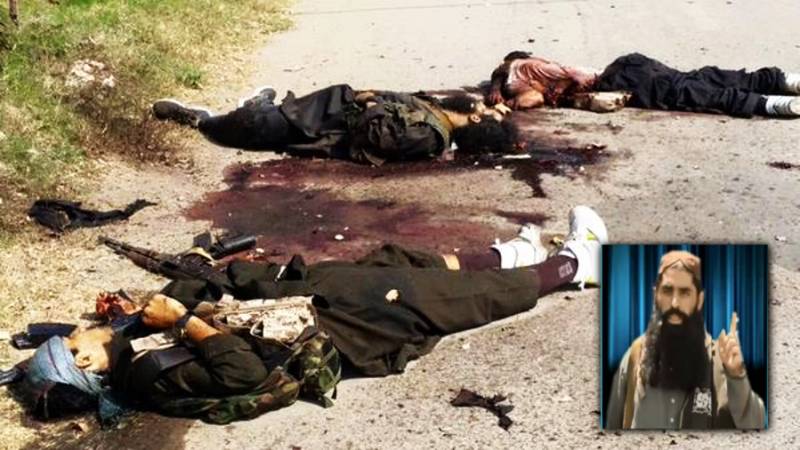 Lahore (Web Desk) - DG ISPR in his press conference today after the attack on Peshawar's Badaber PAF base revealed that all terrorists involved in the operation had come from Afghanistan.

Earlier today TTP commander Umer Mansoor claimed responsibility for the attack. It is alleged that He is being protected in Afghanistan by Afghan National Directorate of Security (NDS) and Indian Research and Analysis Wing (RAW). A phone call was made from an Afghan cellular service to claim 'credit' for this brutal and cowardly massacre and desecration of a Masjid located at camp Badaber.

Pakistan's allegations about Afghan and Indian involvement in providing support to TTP are not new. Even former United States Secretary of Defence Chuck Hagel has acknowledged on record in a speech at Oklahoma's Cameron University, that India has ‘for many years been using Afghanistan to fight a proxy war against Pakistan by sponsoring terror attacks inside it’. "India for some time has always used Afghanistan as a second front, and India has over the years financed problems for Pakistan on that side of the border,” he had said.

Pakistan has recently gained huge victories in its war on terror with the recent operation, titled 'Zarb e Azb'. However, to counter these victories on Pakistan's Western border, India had escalated tensions on Pakistan's Eastern border and the Line of Control(LoC). There seems to be a concentrated effort from our eastern neighbor to make the operation on our western border unsuccessful and divide the focus of our forces.

Major Gen Asim Bajwa said that the investigations into the support that TTP receives from various international elements is ongoing. He said that the mission of the terrorists who attacked earlier today was to enter residential areas and attack the families of soldiers who reside in the PAF base, which was valiantly thwarted by those on duty.