Who was Captain Isfand Yar? The hero who gave his life for the country today 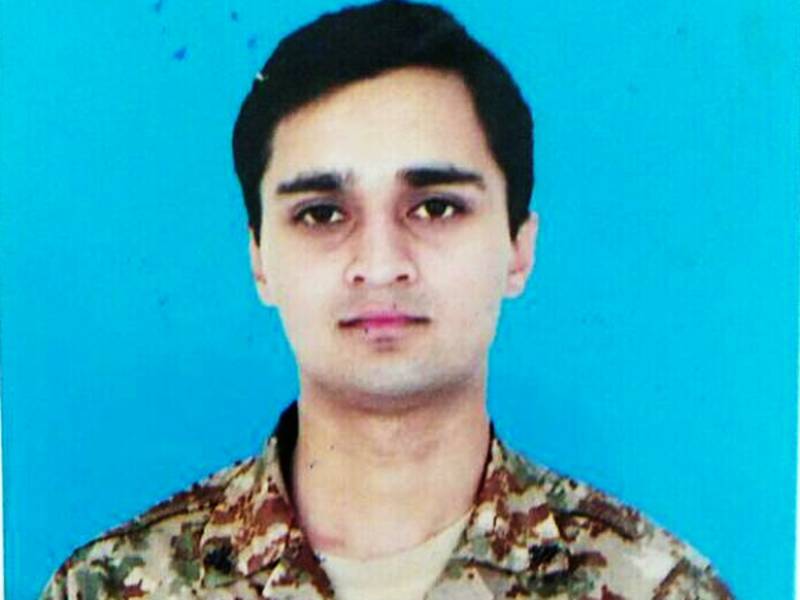 Lahore (Web Desk) - Isfand Yar Bukhari, a captain in Pakistan Army embraced shahadat in Badaber, Peshawar today. He graduated at the top of his class from Pakistan Military Academy and received the coveted sword of honor. He was the vice-captain of his institute's hockey team. A chess champion in college, and the president of the Biology Club. He was a brave and intelligent young man with a bright future ahead of him. He gave his life for the country today.

Captain Isfand studied in Cadet College Hassanabdal before joining the army. When he graduated from PMA, his school magazine wrote this about him:

Isfand Yar was from Jinnah Wing under whom the Wing lifted the Champion's Trophy. He was Vice Captain of college hockey team also played hockey in Punjab for the Under-19. He was also the college chess champion, member of college riding team, president of biology club, associate editor of college magazine, member of board of editors and writers for five years.

Captain Isfand Yar was as good as they get. He was an invaluable asset of this country and the pride and joy of his parents, family and teachers alike. We have lost many Isfand Yars in the last 15 years of this insane proxy-war. These men cannot be replaced.

The people who caused his shahadat were the same people responsible of the massacre of children of APS. They continue to live in safe-heavens across the border in Afghanistan. Seemingly equipped with unlimited supply of weapons, ammunition, and minds that provide them strategies for guerrilla warfare against Pakistan. After tactically destroying TTP on ground in Zarb e Azb, it is time that we destroy these terrorists strategically. Their supply of weapons, ammunition, equipment and strategies from Afghanistan and India must be exposed in the national and International media in the loudest of voices.

Much has been said about Pakistan's support for Afghan Taliban in the 80's and 90's, now it is time to talk about Afghanistan and India's support for TTP in the last 10-15 years. This is the biggest open-secret of this war, and the time has come to expose it.

We owe this debt to Captain Isfand Yar and other great men who have sacrificed their lives in this war.