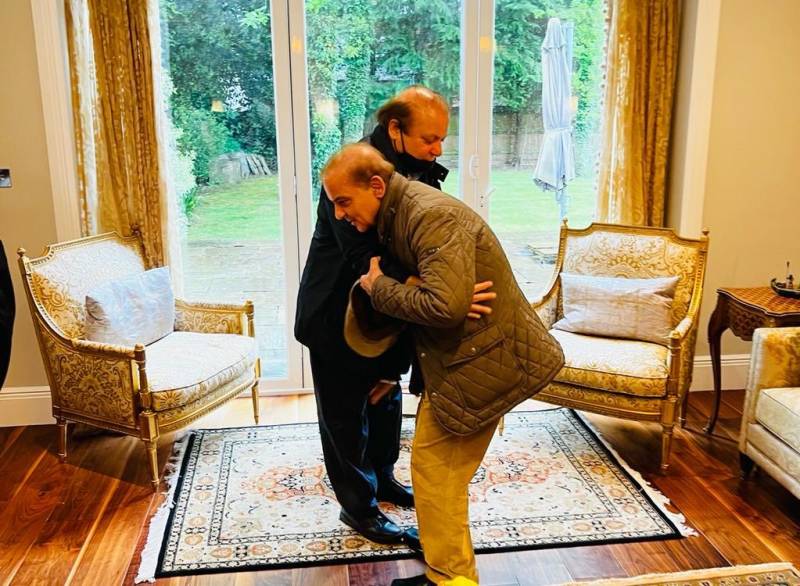 The premier, accompanied by some PML-N leaders, traveled to London to attend the funeral of Queen Elizabeth II scheduled to be held tomorrow, September 19.

He arrived at the office of his nephew Hussain Nawaz in the British capital to meet his brother, accompanied by former finance minister Ishaq Dar, Defence Minister Khawaja Asif, and his son Suleman Shahbaz.

The senior leader leadership of the ruling PML-N exchanged views on the current political and economic situation in Pakistan.

Shehbaz and his entourage landed at the Luton airport where he was received by Pakistan Ambassador to the UK Moazam Ali Khan.

Reports in media quoting sources from PML-N said that PM is likely to discuss the appointment of the new chief of army staff as well during his meeting with his elder brother.

After a brief stay in the United Kingdom, the PM will travel to New York to participate in the UNGA high-level debate from September 19-23.

ISLAMABAD – Prime Minister Shehbaz Sharif has embarked on a brief visit to the United Kingdom to attend Queen ...

He will also address the 77th United Nations General Assembly on September 23 with his speech focusing on climate-induced catastrophic floods in the country, per reports.