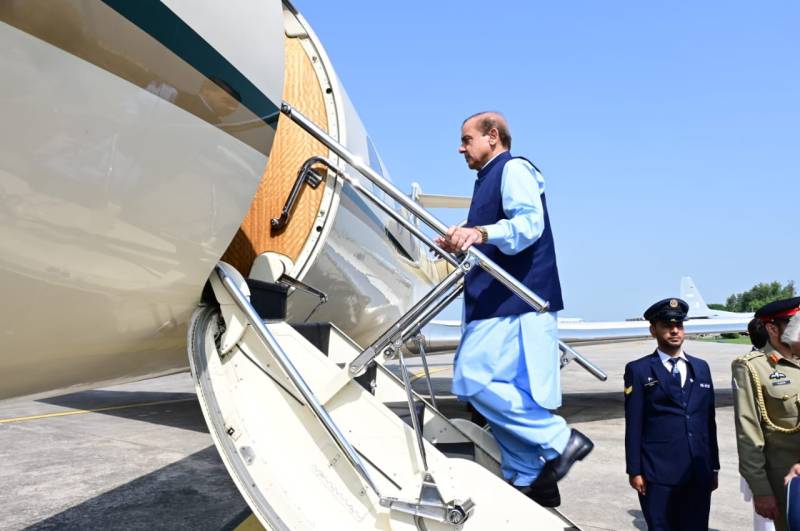 ISLAMABAD – Prime Minister Shehbaz Sharif has embarked on a brief visit to the United Kingdom to attend Queen Elizabeth's funeral at the invitation of the British government.

Reports in local media said PM will also meet with his elder brother, and deposed Pakistani premier Nawaz Sharif, who is in self-imposed exile in London.

The senior PML-N leaders will discuss the current political and economic situation in South Asian country among other issues.

After meeting his brother and attending the funeral of Queen Elizabeth II, Prime Minister will leave for the United States the same day to attend the 77th Session of the UN General Assembly (UNGA), scheduled to be held from September 20 to 26 in New York.

The premier will also hold bilateral meetings with world leaders at the UNGA meeting.

Meanwhile, the coffin of the UK’s longest reigning monarch, who died on September 8, has been lying at the historic Westminster Hall since Wednesday. The funeral of the Queen will be held on Monday and it will be attended by world leaders.

A Private Burial will take place in The King George VI Memorial Chapel later that evening, conducted by the Dean of Windsor.

The Queen is to be buried together with The Duke of Edinburgh.

US President Joe Biden, French President Emmanuel Macron, and the leaders of Australia, Canada, and Jamaica are among the world leaders, who will attend the last rituals.

ISLAMABAD – Pakistani government has announced a day of state mourning on September 12 on the death of Queen ...