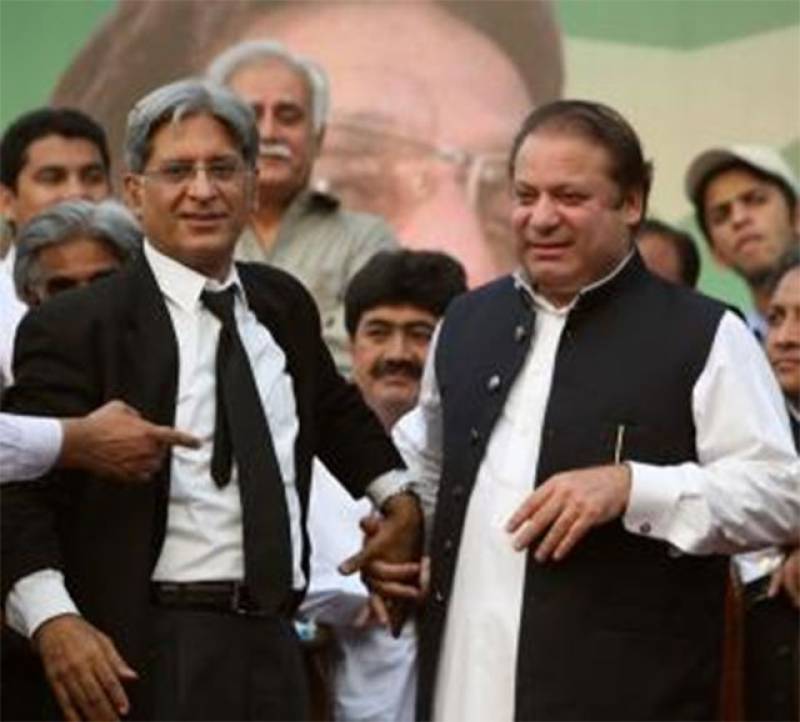 'The Supreme Court is unlikely to announce any major decision in the Panama Leaks case,' he said in an exclusive interview with SAMAA.

The remarks of PPP veteran came shortly after the Supreme Court disclosed that it would announce the Panama Leaks verdict on Thursday. The court had reserved the judgement on February 23.

'There will be no major impact of the decision. However, Mian Sahab (Prime Minister) won’t be satisfied with the outcome,' Ahsan noted.

The veteran PPP leader said that apparently the Panama papers trial revolved around the premier and his family.

To a question whether the apex court could order premier Nawaz Sharif to step down for a fair trial, Aitzaz maintained that he did not expect decision of such kind.

It bears mentioning that heading a five-judge bench, Justice Asif Saeed Khosa observed that 26,000 pages were submitted in the Panama case and the judges will read “each word” of it. He observed that it was not a case wherein a short order could be passed.

'The court will decide the case only after considering the material submitted in the court and will announce its verdict in accordance with the law and Constitution,' Justice Khosa said earlier this year.

'We will decide this case only by the law; such that people will say, 20 years down the line, that this judgement was made by the book,' Justice Khosa remarked.