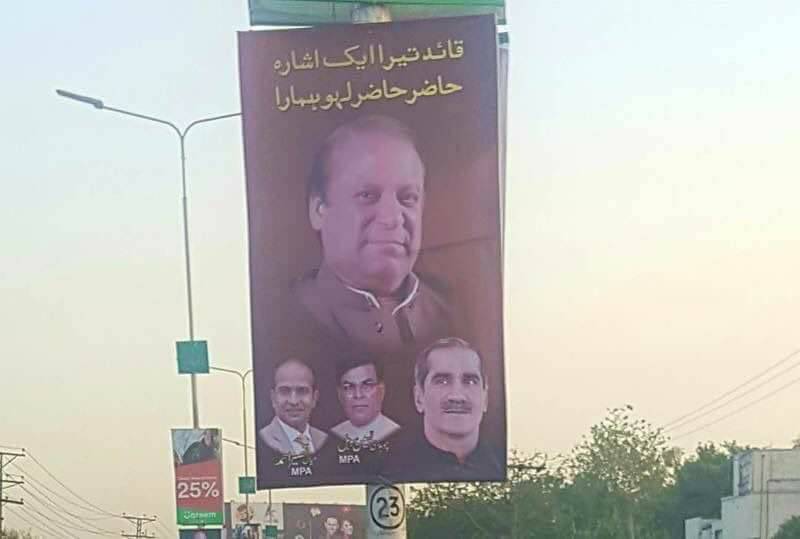 LAHORE - Scores of banners by PML-N stalwarts showing support for prime minister Nawaz Sharif were put up in Lahore on Tuesday hours after the apex court announced schedule of Panama case verdict.

According to reports, the banners were put up in different parts of the city with most of them in National Assembly constituency NA-125, the electoral area from where Khawaja Saad Rafique secured 123416 votes and was declared successful.

The banners bear a line 'Quaid tera aik ishara, hazir hazir lahoo hamara' (Ready to sacrifice each drop of blood on leader's nod) in a bid to show allegiance to premier Nawaz Sharif whose political fate would be decided by the apex court in a day. 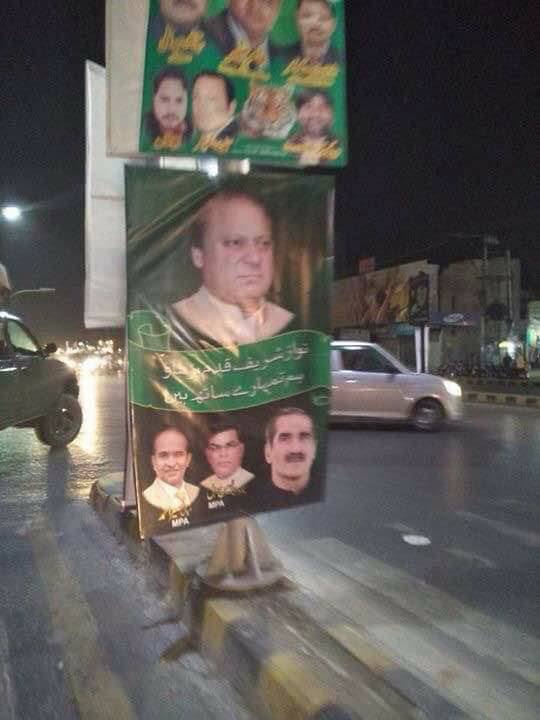 The banners raised the suspicions of political analysts who feared any confrontation in the purview of Panama verdict to be announced by the Supreme Court on Thursday after it reserved judgement on February 23.

Moreover, Pakistan Tehreek-e-Insaf Secretay General Jahangir Tareen took to Twitter and questioned what the premier was implying through the banners spotted in the provincial capital.

All of a sudden, these posters have started going up in Lahore. What are you trying to imply here Mr. Panama Sharif ? pic.twitter.com/yueHhforVC