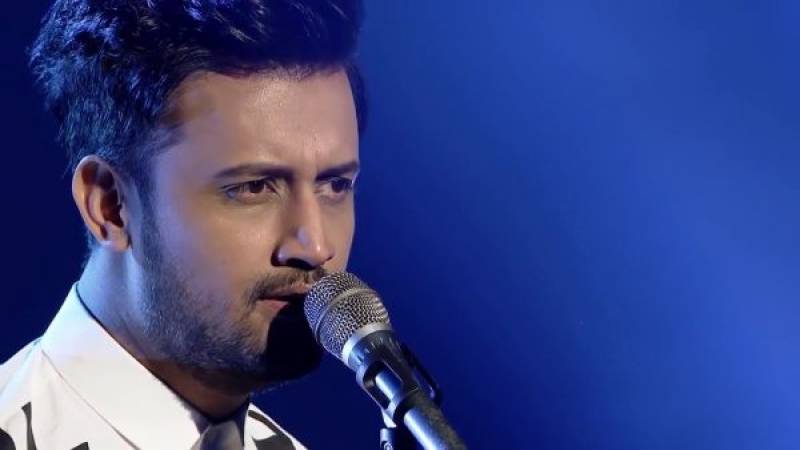 LAHORE: Atif Aslam was reportedly set to perform at the Pakistan Table Tennis Super League's event at the Sports Complex in Islamabad, however on the 14th of April the singer himself sent out this tweet to fans;

This is to inform you all that Atif Aslam won't be a part of Islamabad concert on April 15, 2018 due to non payment by the organizers.
Please don't buy the tickets!

He also posted the same news on his Facebook account, "Hey everyone, I previously posted that I wouldn’t be a part of the opening ceremony of the PTTSL show at the Islamabad sports complex. Due to miscommunication and generally unprofessional behaviour on the event organizer’s part, some of you are still being told that I will be performing tonight. Don’t believe what they are saying and don’t waste your time in the mess they are creating."

Hey everyone, I previously posted that I wouldn’t be a part of the opening ceremony of the PTTSL show at the Islamabad...

However, the organizers of the event, KH Marketing have a completely different story to tell. According to a formal complaint that was filed against Atif Aslam, the singer allegedly took a 30 million advance from the amount that the two parties had agreed on initially and yet did not perform at the event as was agreed nor did he give the money back. 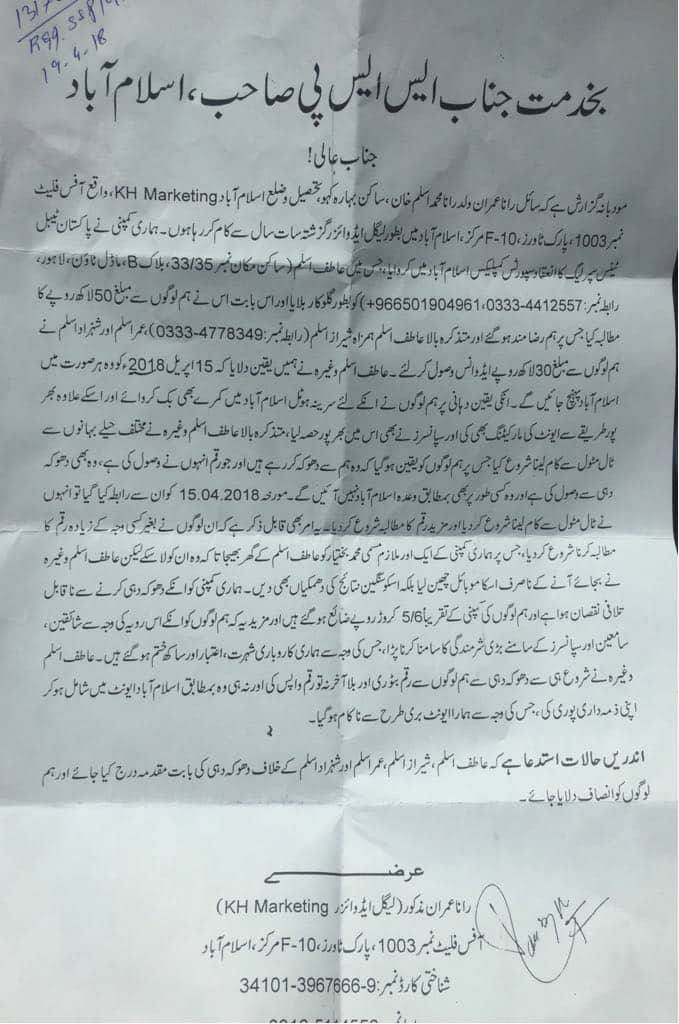 The complaint is addressed to the SSP Islamabad and lists out all the alleged injustices that were carried out from the singer's side including asking that his payment be increased further on inquiring whether he was performing at the event, harassing a worker the organizer's sent to Atif Aslam's residence in Lahore and also defaming the event organizers, causing their business and organization's reputation irreparable harm including a loss of around 5-6 crores.

Daily Pakistan Global in an attempt to clear out this confusion reached out to Atif Aslam's secretary and in an exclusive interview we were told that they were dealing with a third party called KH Marketing which had been hired by the Table Tennis Association to manage and organize the concert and event.

The people from KH Marketing they were in contact with failed to pull through on the agreed terms of the contract signed between the two parties which asked for 50 million as Atif's talent fee and the submittance of a challan of 5 million as service tax to the FBR. He also stated that the organizer was bound to pay 50% of the amount by the 5th of April and when they submitted the check of 50 million, the check bounced.

He also cleared out that there had been no harassment of their worker from their side as per the complaint.