Geo back on air after negotiations with military, claims international media 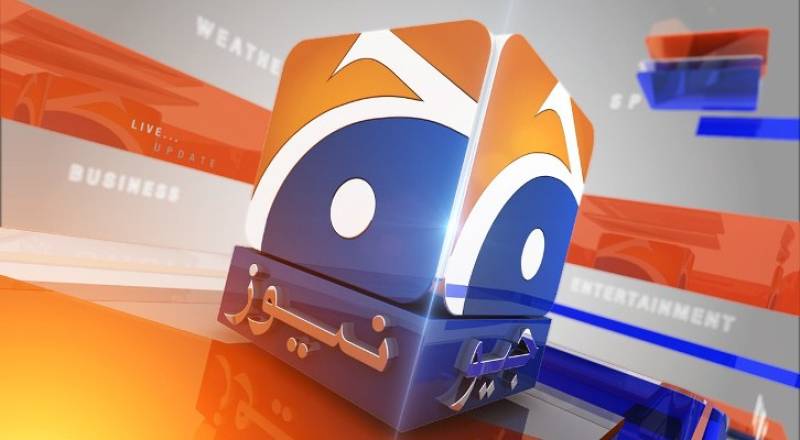 KARACHI - The days-long suspension of Pakistan's largest TV station has come to an end after the company agreed to most of the military's demands, including changing its political coverage, an international media claimed in its exclusive report.

After the blackout of Geo TV in certain parts of the country, including Lahore, Islamabad and Multan at the end of March, the organisation published a message on its news website's homepage, informing viewers that access to information was their fundamental right, requesting them to inform the media house if they were not able to watch the transmission.

Following the suspension of the TV channel, representatives of the military put pressure on the channel to bar it from giving favourable coverage to deposed Prime Minister Nawaz Sharif and airing criticism of Pakistan's top court and the establishment, the international media cited sources as saying.

One of the instructions to the news channel says that no reports should be aired regarding the ongoing corruption trial of Sharif family that portrays the former prime minister and his children as innocent, the sources said.

As many as three corruption references have been filed against the Sharif family, on the directives of the Supreme Court which pertain to the Al-Azizia Steel Mills and Hill Metal Establishment, offshore companies including Flagship Investment Ltd, and Avenfield properties of London.

They also claimed that the organisation has accepted most of the demands while no final deal has been made yet, adding that the TV channel has started following the accepted demands and subsequently, its services have been restored.

A spokesperson for the Geo talking to the international media said that the company will continue providing information on both sides of the story to its viewers as the channel had suffered for its independent policy during eras of dictatorship and civilian rule. He said that they will prefer to shut down the channel instead of compromising on independence.

Geo TV Network President Imran Aslam stated that Geo started appearing on Tuesday in approximately half the country but it had not been restored completely.

The media outlet cited Pakistan's major cable operators, who spoke on condition of anonymity, saying that they had suspended the services after getting direct instructions from unknown military men.

On April 2, Interior Minister Ahsan Iqbal expressed concern over the suspension of Geo News and other channels of the organisation.

Speaking on Geo News' programme 'Naya Pakistan,' Iqbal said that neither PEMRA nor the Ministry of Information and Broadcasting had issued instructions to put the channels off air.

The minister said that the prime minister had been informed about the broadcast suspension.

"If these things are not corrected then questions will be raised on the transparency of the upcoming elections," he said.

Senior anchor Talat Hussain on Sunday shared via a Tweet that the channel has been suspended in several cities including Karachi, Lahore and Multan.

"Cable operators say they are forced to do it. Government powerless. Financial choking, woes of workers is part of the worst, most blatant censorship we have faced in recent times."

#Geo shut down in several cities. Karachi, Lahore, Multan included. Cable operators say they are forced to do it. Government powerless. Financial choking, woes of workers is part of the worst, most blatant censorship we have faced in recent times.

Later on, the Pakistan Electronic Media Regulatory Authority (PEMRA) has ordered restoration of all Geo TV channels on their actual position within 24 hours, according to a press statement by the regulatory body issued Monday.

The authority said it had received complaints from Lahore and Karachi regarding the suspension of the channels.

PEMRA, via a press release, clarified that it had not ordered the closure of any television channel and that the process of suspension of license would begin against operators — Wateen Telecommunication and Worldcall Telecommunication — if the channels are not restored within 24 hours.