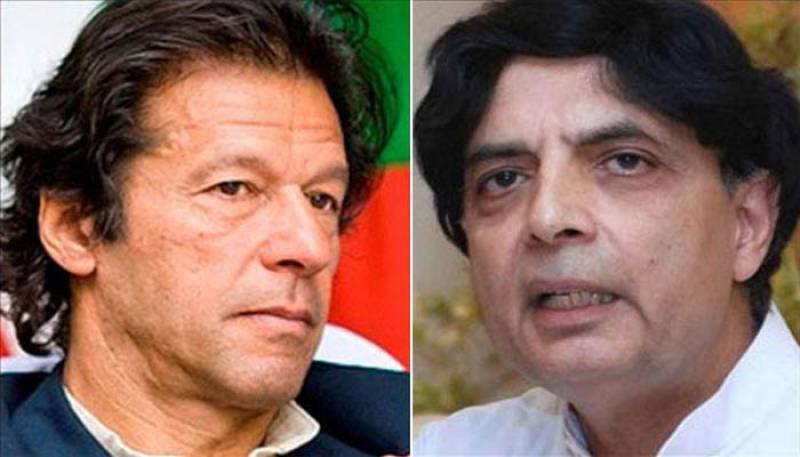 Khan, while addressing a press conference in Lahore, said Nisar had refused to take orders in front of Maryam Nawaz. He added that Nisar was an old friend.

"I liked the fact that Nisar refused to take orders from a woman who has no standing in the party," he added.

Chan, who was considered as one of the close aides of Asif Ali Zardari, met PTI chief Imran Khan at his Bani Gala residence in Islamabad and announced to part ways with the party.