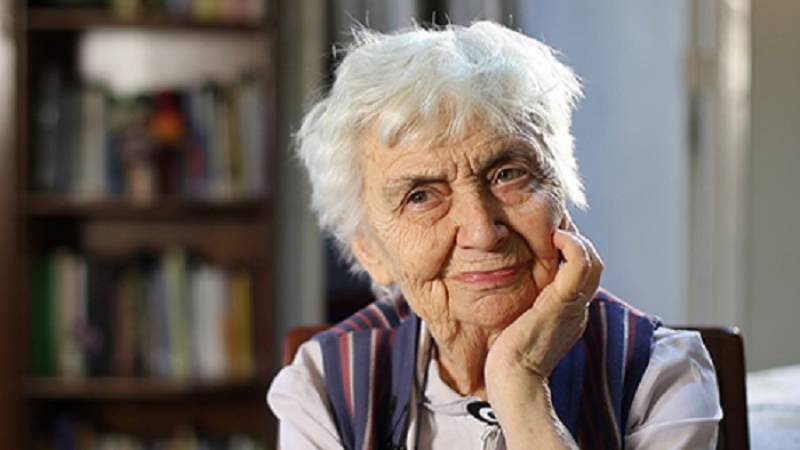 KARACHI - Renowned leprosy fighter Dr Ruth Pfau, who passed away on August 10 and is being accorded state funeral, made three final wishes before leaving the world.

Pfau, who was rightly credited for eradicating leprosy from Pakistan, wished that she should not be put on a ventilator, probably for living a natural life, how long it was.

Her second wish reflected her rampant love for humanity and the patients he treated as she asked that her dead body should be brought to Marie Adelaide Leprosy Centre, the hospital of which she was in charge.

The final wish relates to the aesthetic sense of the humanitarian as Dr Pfau wanted to be buried in a red dress.

The social worker who left Germany to treat patients in Pakistan breathed her last, last week at the age of 87, but she was fortunate enough that her wishes were respected.

The dead body of Pfau was shifted to MALC from Holy Family Hospital earlier today where the patients caught a glimpse of her.

ISLAMABAD - Pakistan's starlet leprosy healer Dr. Ruth Pfau was laid to rest amid tears and sobs at the Christian ...

Pfau was draped in a red dress, and was soon after laid to rest in a state funeral.

A gun-salute would be offered on the occasion as well and local administration has devised traffic plan for the day.

Dr Ruth Pfau, who is commonly known as ‘Mother Teresa’ of Pakistan for her extensive battle against leprosy, passed away at the age of 87 last week.

She was suffering from complications related to old age and had been admitted to the Aga Khan Hospital two weeks ago where her condition was pronounced unstable.

Hailing from Germany, Dr Pfau had been staying in Pakistan since 1960, when she was just 29, dedicating her life to cure patients of leprosy.

She also founded the National Leprosy Control Programme in different areas of Pakistan and was also head of the Marie Adelaide Society of Pakistan (MASP). She has treated over 50,000 patients.

It was due to her efforts that the World Health Organisation (WHO) finally declared Pakistan a leprosy-free country in 1966.

The Pakistani government honoured her with the Hilal-e-Pakistan in 1989 and Hilal-e-Imtiaz in 1979. She was granted Pakistani citizenship in 1988.

Dr Pfau also actively took part in rehabilitation work when Sindh was hit by floods in 2010.