Step down by 31st or face the music, Qadri warns Shahbaz, Sana 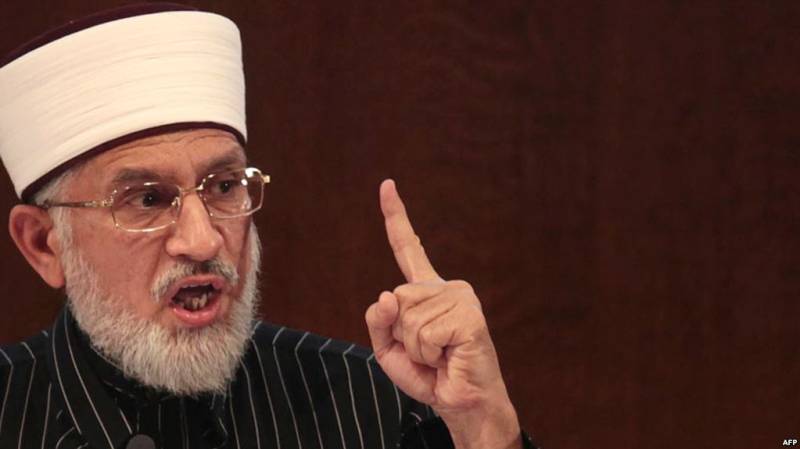 LAHORE - Chief of Pakistan Awami Tehreek (PAT) Dr Tahirul Qadri on Tuesday has given a deadline of December 31 to Punjab Chief Minister Shahbaz Sharif and Provincial Law Minister Rana Sanaullah Khan to step down from their positions in connection with Justice Baqar Najafi’s report on the Model Town killings.

Addressing a press conference, Qadri said: “They [Shehbaz and Sanaullah] should immediately resign and present themselves to authorities or I will announce the next strategy soon.”

Rejecting calls to step down, Sanaullah had said that only the party chief, Nawaz Sharif, could ask him to quit.

The PAT chief said it’s only a matter of time when people “will drag them [PML-N leaders] on roads”, adding that his party did not agree with the biased bench formed to investigate the incident.

“They will not get away this easily after killing 14 people,” he said, asking his followers to prepare for revenge.

Qadri demanded the formation of a Joint Investigation Team (JIT) to investigate and ascertain the finer points of the Najafi report. According to the report, police tried to cover up the facts regarding who gave orders to open fire on protesters.

Taking aim at Nawaz Sharif, he said the former prime minister has once again severely criticized the judiciary, which is tantamount to a rebellion [against the state].

The clash between police and protesters at Model Town in 2014 had taken the lives of 14 while injuring 100. Justice Baqir Najfi’s commission inquiry report had declared Shahbaz as a murderer and that Shahbaz had given orders to clear the protest no matter how many lives were taken. The police had tried to cover up the facts regarding who gave orders to open fire on protesters, the report also mentioned.